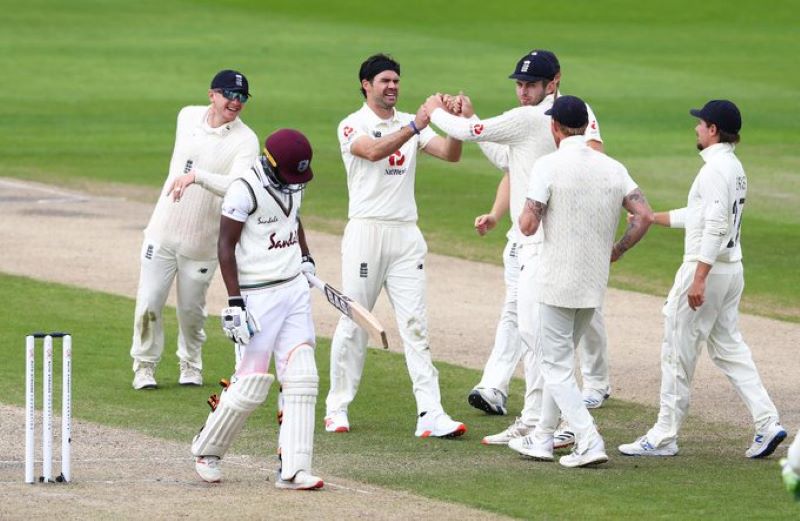 Third Test: West Indies in trouble against England on day 2

Manchester/IBNS: West Indies found themselves in deep trouble in the post-tea session against England in the third Test here on Saturday.

As per the latest update, West Indies are struggling at 102/5 in 40 overs, trailing the English team by 268 runs.

Jermaine Blackwood and skipper Jason Holder are at the crease scoring 20 and five respectively.

Earlier in the first innings, England were bowled out for 369.