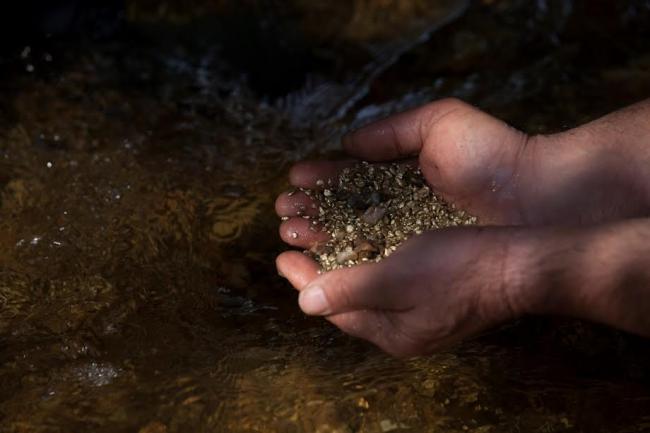 Gold Rush: High octane drama based on passion for gold mining from Discovery

It is said that 30 per cent of the world's gold is consumed by Indians and the country is the largest importer of gold.

While gold is considered a safe asset, gold mining is a risky business, where one wrong move can cost a crew millions of dollars.

Gold Rush will offer an insight into the world of gold mining where miners take on great risks driven by the urge to find more gold than ever before.

But not every gamble always pans out with massive profits.

The presentation banks on a gripping tale of the gold miners' world.

The series begins with a sad start for Parker. He has lost his beloved grandfather, mentor and an expert miner - John Schnabel.

In this reality series, Parker who attains the leadership role, will be tested more than ever as he navigates the many changes in his life.

This year, he makes his biggest operational investment by ordering a customized $600,000 wash plant.

But will it be enough to beat out his rival Todd Hoffman? Parker’s gold mining plan is to go lean and mean on expenses in an attempt to make his biggest profit yet.

Meanwhile, competitor Todd Hoffman takes the biggest gamble of his life, turning his back on the Klondike region and moving his entire operation to Oregon (US).

Todd is on a quest for huge gold nuggets at the High Bar mine, located high up in the mountains.

It’s a bold move – with Todd so confident that he sets an ambitious 5,000 ounce goal – more than 2,000 ounces than his best-ever total in the previous seasons of Gold Rush.

But with the first Oregon clean ups way below expectations, Todd begins to wonder if he’s made a massive mistake. Could this season mark the end of the Hoffman crew?

In this season of Gold Rush, legendary Klondike miner Tony Beets, aka “The Viking,” is back and doubling down by investing $2 million in resurrecting a second historic gold dredge - twice as big as his first.

Last year, people thought he was crazy for investing in his first ancient dredge.

But Tony is hoping that once again he can accomplish the impossible. But first, he must transport the 75-year-old abandoned dredge from a remote spot 150 miles down-river.

He’ll need his family to step up to the plate and run the rest of his gold-mining empire. But when his first dredge sinks within days, Tony’s son, Kevin, finds himself in his father’s firing line.

In advance of the new season of Gold Rush, beginning Nov15, Discovery viewers can learn what happened during the prior seasons with a special ‘Story So Far’ at 10 PM.

While you settle down to enjoy show, here are a few trivia offered by Discovery channel that will help you brush up your knowledge of the yellow metal:

1.    Among the top gold producing countries in the world, China is in the first place followed by Australia, Russia and United States.

3.    Gold is one of the most recycled materials in the world, accounting for one third of the total production.

5.    In India, besides fascination for gold jewellery, it is considered the most pious metal. This charm is validated by the fact that India is the biggest importer of gold today.

7.    ‘Klondike’ marks the story of the last great Gold Rush in history. In 1897 two friends made the perilous journey through North American wilderness to the Klondike boom town Dawson City, "The Paris of the North", which was  filled with murders, revenge, riches and redemption.