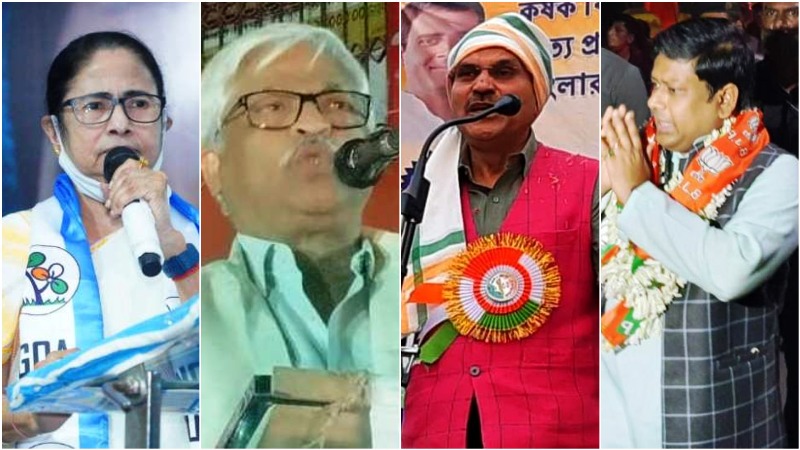 Counting of votes for the much-awaited Kolkata Municipal Corporation (KMC) elections, which was held on Sunday, is currently underway on Tuesday. The result will decide the fate of candidates who contested in 144 wards in the city. At present, the KMC is ruled by the Mamata Banerjee-led Trinamool Congress (TMC). Election has been delayed by around one and half years due to the COVID-19 pandemic even as the term of the elected members of the KMC ended in May 2020.The key contest in the polls is taking place between TMC, Bharatiya Janata Party, Congress and Left Front.

BJP ahead/ wins in 3 seats

This is the victory of development: Abu Mohammed Tarik

TMC candidate Abu Mohammed Tarik, who won the 140 ward, said his voctory is due to the development work performed by the government in the region.

"This is the victory of the people and development. We have always tried to help people and been beside them when they needed us," he said.

TMC candidate Abu Mohammed Tarik won the 140 ward. He is the first declared TMC candidate who was declared as a winner as result of the polls, which was held on Sunday, is currently becoming clear with counting of votes taking place since Tuesday morning.

Trends at 9.30 am showed, the Trinamool Congress is ahead in 93 seats. Initial trend of 102 wards is currently clear. BJP is ahead in four seats. The Congress and Left Front are leading in 2 seats. Others are ahead in one.