Stockholm/UNI: Riots broke out in the Sweden city of Malmo, following burning of some objectionable material by the members of a far-right Danish party, police said on Saturday.

Stockholm: Stones were pelted at policemen as about 300 agitators set fire to tyres while protesting anti-Islam activities in Sweden's Malmo.

Singapore: Referring to the death of Baloch journalist Sajid Hussain in Sweden, a geopolitics expert has asked European governments to be responsible for the safety of their citizens.

Stockholm/Sputnik: Passenger traffic at the ten largest Swedish airports decreased by 98 percent due to the outbreak of the novel coronavirus disease (COVID-19), according to statistics released on Tuesday by operator company Swedavia.

London/IBNS: Swedish authorities have announced that they are ending all investigations against WikiLeaks founder Julian Assange in connection with the rape allegation, media reports said.

New York, Feb 20 (IBNS): “Significant progress” is being made in implementing the deal reached in Stockholm last December between Government and Houthi leaders in Yemen, according to United Nations Special Envoy Martin Griffiths.

New York, Dec 7 (IBNS): Highly anticipated UN-brokered consultations about substantive talks which could lead to an end to more than three years of brutal conflict across Yemen, have begun in Sweden. Brutal fighting has left the Middle East nation divided between Government and rebel forces, with millions on the brink of famine, and the economy and society in ruins.

Work together, act on promises made collectively, Sweden urges at UN Assembly

New York, Oct 2 (IBNS): Addressing the United Nations General Assembly, the Swedish head of delegation underscored the importance of international cooperation and called on world leaders to work together to deliver on the promise of peace and prosperity for everyone everywhere. 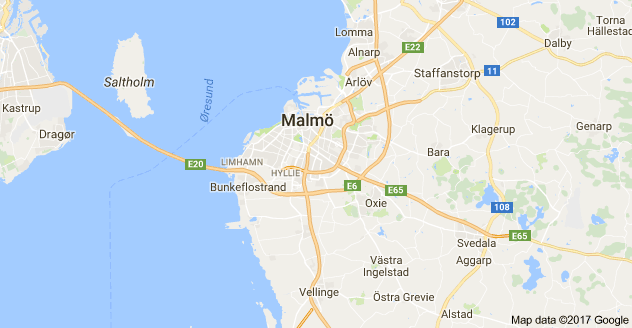 Malmo, Nov 3 (IBNS): A major explosion blasted the gates of a nightclub in Sweden's Malmo on Thursday, media reports said.

Stockholm, Apr 8 (IBNS): The Swedish police have arrested two men in connection with the Stockholm terror attack, which killed at least four people after a stolen lorry barged into a supermarket on Friday, media reports said.

Stolkholm, Apr 7 (IBNS): Following the truck attack in Stockholm, which left at least three people dead, police asked residents to avoid the centre of the city, media reports on Friday.

Stockholm, Apr 7 (IBNS): Joining the lists of recent attacks in various parts of the world, a truck with high speed drove into the crowd in the streets of central Stockholm leading to the death of at least 3 people and injuring several others, on Friday, media reports.

New York, June 29 (Just Earth News): The 193 members of the United Nations General Assembly on Tuesday elected Sweden, Bolivia, Ethiopia and Kazakhstan to serve on the world bodyâ€™s Security Council for a period of two years, starting from 1 January 2017.