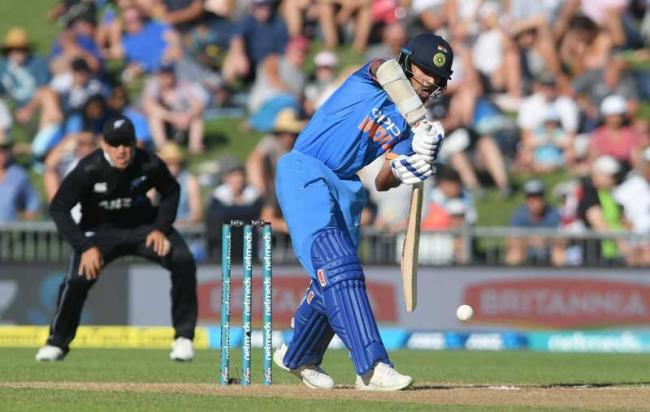 The match was interrupted by the sunlight which created problem to view the cricket ball.

Shikhar Dhawan, who was not among runs for some time, remained unbeaten at 75. He was aptly supported by skipper Virat Kohli, who was dismissed at 45.

Winning the toss and batting first, New Zealand were bowled out for 157 in 38 overs.

Skipper Kane Williamson was the top scorer for the Kiwis with his 81-ball 64 runs innings.

Ross Taylor, who was caught and bowled by Yuzvendra Chahal, scored 24.

Kuldeep Yadav had the best bowling figure for India with his 4/39 in 10 overs.

Mohammed Shami, who became the fastest bowler to clinch 100 wickets in ODIs, picked three wickets for 19 runs in six overs.