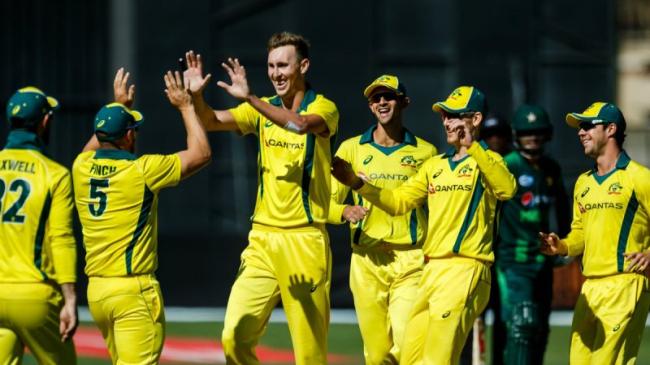 Battle for top places as Pakistan face off against Australia

Dubai, Oct 23 (IBNS): Australia have a chance to attain top position in the ICC T20I Team Rankings for the first time when they take on Pakistan in a three-match series in the United Arab Emirates from Wednesday, an official release said.

The mission though is not easy since only a 3-0 victory will lift the reigning 50-over world champions to become the eighth side to attain top ranking in the T20I format.

England, India, New Zealand, South Africa, Sri Lanka and the Windies are the other sides to have been top-ranked.

Australia, who scored an easy seven-wicket win over the United Arab Emirates on Monday, are presently third with 123 points, just one point behind India, while Pakistan are perched at 132 points.

A series sweep will take Australia to 130 points and bring Pakistan down to 127 points while Australia will move ahead of India to second position with a 2-1 series win.

On the other hand, Pakistan need to win just one of the three matches to remain in top place.

Glenn Maxwell, the top ranked all-rounder, would be looking to improve his ranking among batsmen as he is currently in sixth place with 761 points, only four behind Babar Azam of the opposing side.

In the bowlers’ list, Pakistan leg-spinner Shadab Khan gets a chance to bridge the gap to Afghanistan’s Rashid Khan, who is the top-ranked bowler. Andrew Tye also has a chance to move up from his current sixth position.

In between, Sri Lanka and England will play a one-off T20I which could see England lose one position with a defeat.

They will lose four points and go down to 113 points and fifth position in such a scenario even as Sri Lanka will gain two points but remain ninth.

On the other hand, there will be no change in positions with an England win, England going up to 117 points and Sri Lanka slipping to 87 points.