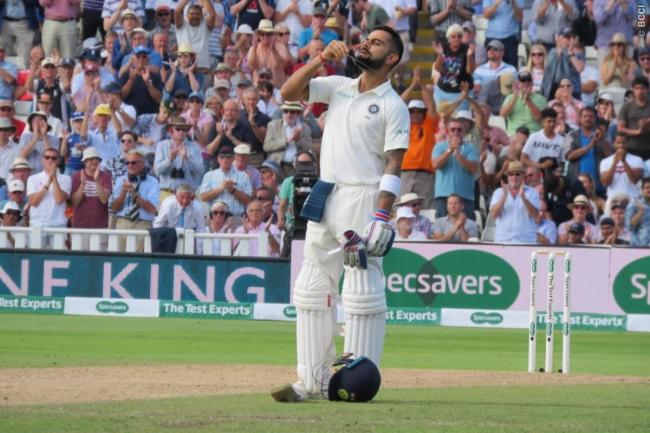 Birmingham, Aug 3 (IBNS): Indian captain Virat Kohli has rated his Birmingham innings against England as next to Adelaide knock in 2014.

In the memorable knock, Kohli had added 141 runs with his willow in a lost run-chase against Australia in Adelaide four years ago.

On Thursday, Kohli scored a heroic 149 runs against England on the second day of the first Test match here.

It was a one-man show by Kohli with all other Indian batsmen failing to contribute with the willow.

Speaking to BCCI.tv, Kohli said: "I’m not too sure, but this could come in second to Adelaide. It (Adelaide) still remains very special to me, because it was the second innings and we were chasing a target, wherein I had total clarity that we are going for the target."

"Not once did I think otherwise. That was a beautiful zone to be in, but today I’m very happy and grateful for having this opportunity to help the team this way and pull us back in the Test and compete. That’s what we’re here to do. We’re here to compete. We’re here to fight and we will continue doing that," he said.