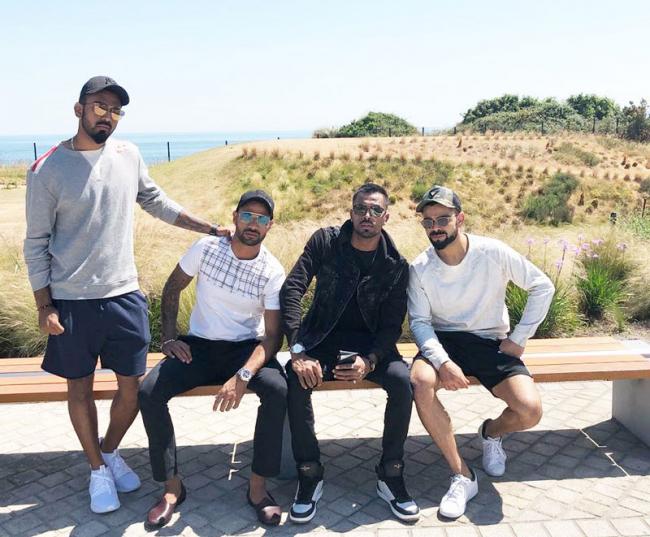 Kohli posted a group image with his colleagues on Twitter for his fans.

Apart from Kohli, KL Rahul, Hardik Pandya and Shikhar Dhawan could be seen in the image.

All the four players were surely exploring the scenic beauty of the Irish city on the beautiful sunny day.

India will play Ireland in the second T20 match of the series on Friday.

India defeated the hosts in the first T20 match of the series to take 1-0 lead.