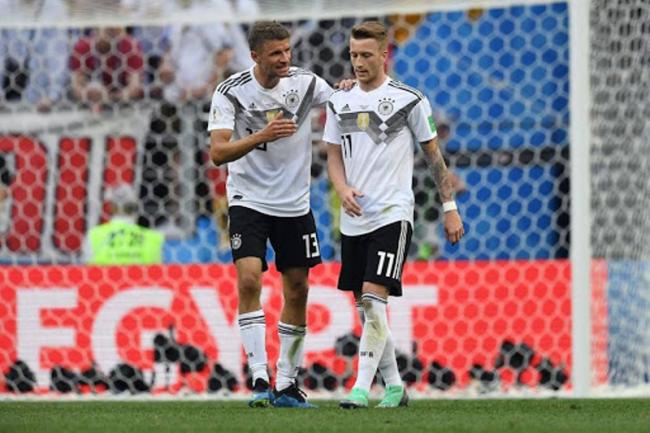 Sochi, Jun 23 (IBNS): Keeping the memory of a shocking defeat against Mexico behind, Germany will come out to play a crucial Group F match against Sweden at the Fisht Stadium here on Saturday.

Germany, the defending champions, will be desperate to win the match as they had suffered a 1-0 defeat against Mexico on Sunday.

However, a loss will prevent Germany from progressing any further in the tournament.

Presently, Germany are placed at the third spot in the table with no points while Mexico are at the second position with three points against their name.

In other Group F match of the day, South Korea and Mexico will take on each other.

South Korea are yet to score a point in the tournament.

The match is scheduled to begin at 8.30 pm IST.

In the first match of the day, Belgium will face Tunisia.

While Belgium already have three points, Tunisia are yet to open gather a point.