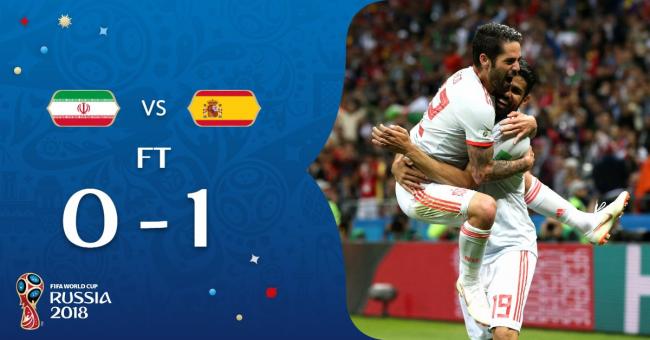 Kazan, June 21 (IBNS): Riding on Diego Costa's goal, Spain defeated Iran to keep themselves alive for the next round of the World Cup here on Wednesday.

Iran gave a strong fight against the former champions as it was Diego who was finally successful in breaking the Persian wall.

It was Diego's third goal of the tournament.

He hit it in the 54th minute of the game.

Spain and Portugal remained joint toppers in the group.

A draw in the final group game will take Spain to the next round of the tournament.