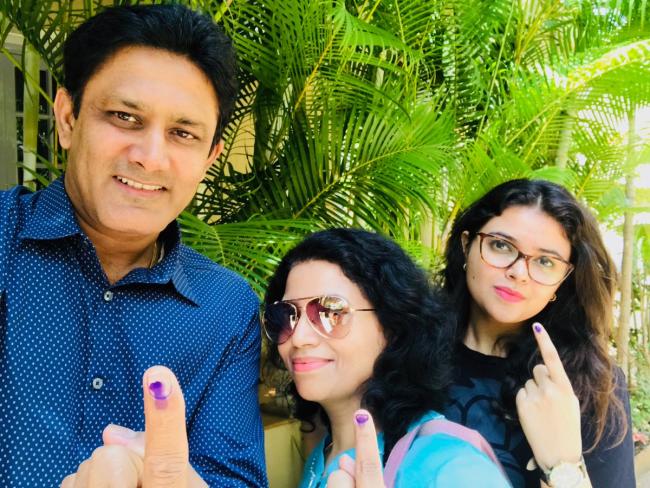 Bengaluru, May 12 (IBNS): Former Indian cricket team captain and coach, Anil Kumble, has cast his vote in the ongoing Karnataka polls on Saturday.

Kumble, the legendary spin bowler, has also shared a picture on Twitter.

The state poll is taking place in a single phase on Saturday.

However, the Election Commission has deferred the poll in the Rajarajeswari Nagar constituency to May 28 "in view of the "violation" of the electoral process".

Karnataka is witnessing a face-off between the ruling Congress and the opposition Bharatiya Janata Party (BJP).

The poll results will be declared on May 15.