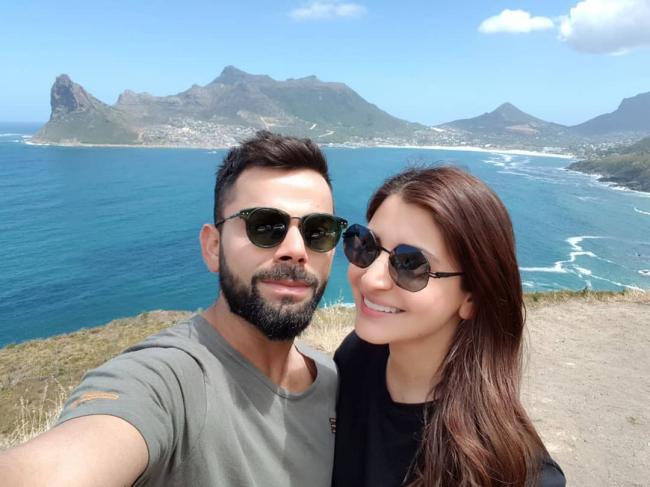 Centurion, Feb 17 (IBNS): What a Guy! A quote which the Indian fans now wait to see on social media after every century hit by skipper Virat Kohli.

Bollywood actress Anushka Sharma, who is also the wife of Virat, shared Instagram stories where she was seen lauding her husband every time the skipper has hit a century in the recently concluded bilateral ODI series between India and South Africa. 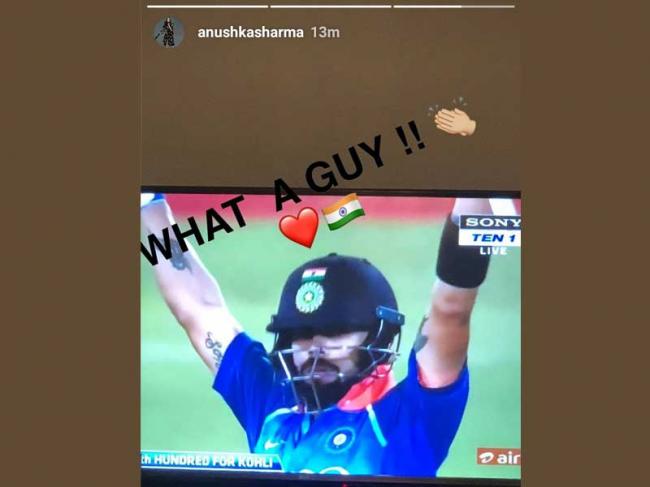 Virat has hit three hundreds in the ODI series against South Africa, leading his team to the victory line each time.

On Friday, it was another opportunity for captain Virat and he didn't miss it as usual. Remaining unbeaten at 129, he helped India to clinch the victory in the sixth ODI match by eight wickets and wrap up the series by winning 5-1.

Virat, who has been in sublime form for few years now, praised back his wife Anushka at the post match interaction.

When asked about his performance, Virat said his wife Anushka always motivates him.

Also Virat recounted the past experiences when his then girl friend Anushka was criticised for his failure, notably in the ICC World Cup semi final way back in 2015.

Virat has also hit his 35th ODI century on Friday and made a world record by becoming the only batsman to score more than 500 runs in a bi-lateral series.

He is also inching towards the 10000 runs mark, a record which is held by only few other Indian batsmen like Sachin Tendulkar, Sourav Ganguly and Rahul Dravid.

He is now just behind Sachin Tendulkar in terms of number of ODI hundreds hit by any batsman in the world.

After clinching the ODI series victory, India will look to play a three-match T20I series against host South Africa.