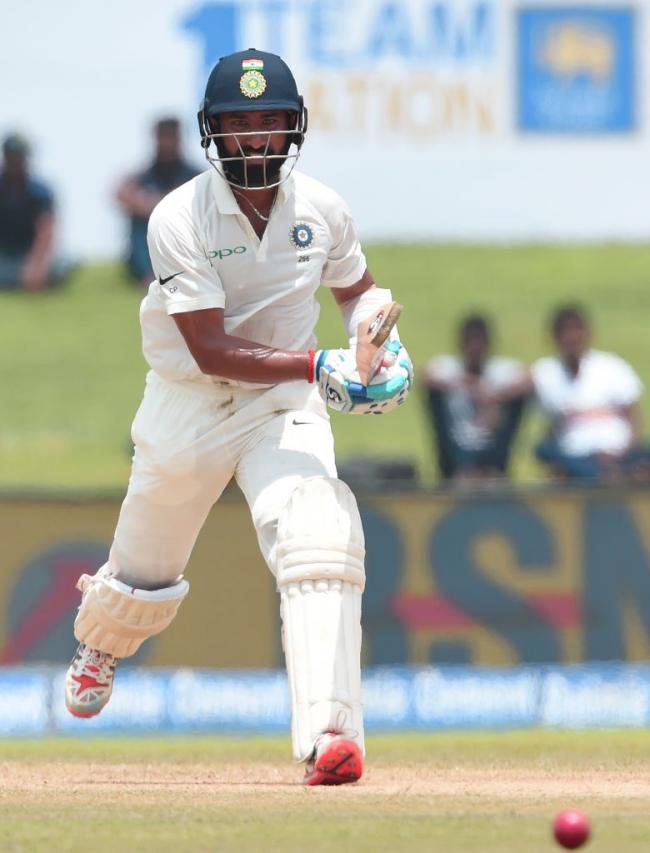 Cheteshwar Pujara (144*) and Shikhar Dhawan (190) played sensibly as they helped India post nearly 400 runs on the scorecard on the first day of the Test.

Dhawan looked balanced and smashed 31 boundaries to give India a solid start at the top.

As he was dismissed by Pradeep, Dhawan missed his 200 runs by just 10 runs.

Pujara smashed 12 boundaries in his knock.

Pradeep has picked up all the three Indian wickets.

Skipper Virat Kohli failed in the innings as he added just 3 runs before losing his wicket.

Ajinkya Rahane (39) and Pujara will resume the proceedings for the visitors on Thursday.

Earlier, India won the toss and opted to bat first.