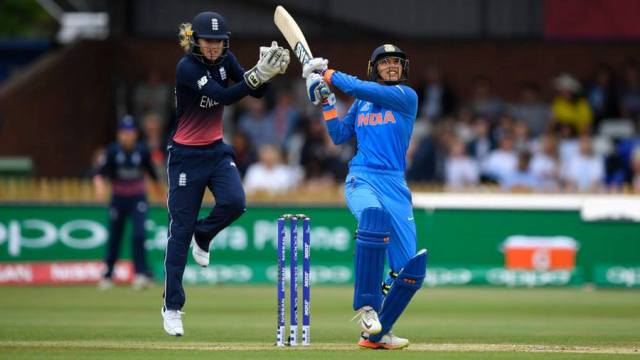 Losing the toss, India came out to bat and all the batters played decently to head their team to a respected total.

Both the openers scored half centuries. While Punam Raut scored 86, Smriti Mandhana was the top scorer for India with 90.

Mithali Raj too played well till the end with her 71 from 73, partnering Harmanpreet Kaur who remained unbeaten at 24.

The England skipper Heather Knight had the best bowling figure with 2/41 in seven overs.