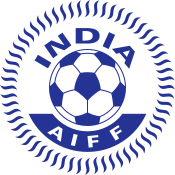 AIFF's U-16 Kalyani Regional Academy to embark on Holland voyage

Besides playing in two Tournaments – the International Youth Tournament in Heemskerk on August 9-10, and the RKTVC B Top Tournament a week later in Tiel; the AIFF Colts would also be playing Friendly matches against the Academy sides of PSV Eindhoven, FC Schalke 04 and KRC Genk of Belgium.

Speaking exclusively to www.the-aiff.com, the AIFF Technical Director said: “These are two of the strongest Tournaments in Europe and we are just lucky to be invited. There would be Teams from all over including Germany and Belgium. And it will depend on our results whether we would be invited again the next year.”

“AIFF is committed to providing the best of opportunities for our Academy boys. This Tour, I feel, would provide them immense experience of the manner Football is structured and played at the highest level. It will help them to mature faster and as better Players,” he stated.

The two highly rated Youth Competitions will provide the opportunity for the boys to rub shoulders with some of the best Youth Academies of the World. To accommodate three matches in a day, the duration of games will be reduced to forty minutes.

“It will surely have an influence and that’s exactly the reason why we are going abroad. I’d say this group is one of the luckiest Groups ever. Very recently they played in the Asia Champions Trophy 2014 and also had a stint in the AFC U-16 Qualifiers in Kuwait last year. But this would be a totally different experience for them and as a Technical Director it gives me a chance to make a conclusion as to where we stand,” Baan maintained.

“In reality, it’s not on the field development which defines a Player. Rather, it’s the off-the-field which is also important. By travelling for such Tournaments, our boys would be learning new concepts, getting used to new cuisines, walk through different cultures, environment, climate and it all comes as a package for the overall development of a Football Player.”

In the Broersen International Youth Tournament, the boys will be facing Academies of Dutch outfitsS.B.V. Excelsior, FC Volendam and Spanish side Deportivo Saint Maickol.

A week later the U-16 SAFF Cup Champions will be playing against Academies of FC Twente and AZ Alkmaar along with RKTVC’s own Youth Team.

The Dutch experience will commence with a match against FC Dordrecht on August 6.

The complete schedule is as follows: