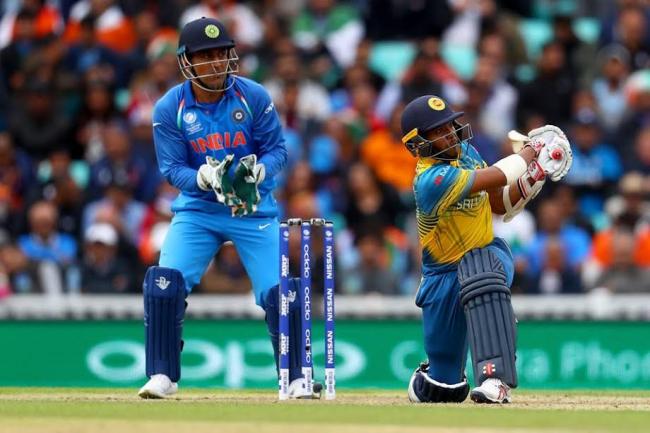 India Blooms News Service | | 08 Jun 2017, 11:23 pm
#ChampionsTrophy, #SriLankaBeatIndia, #SLStayInCompetition
London, June 8 (IBNS): In a must win game to stay in the competition, Sri Lanka defeated India by seven wickets at a high scoring match of the Champions Trophy 2017 on Thursday.

Sri Lankans were clinical with the bat right from the beginning and multiple partnerships helped them to chase down the target of 322 set by India quite comfortably in 48.4 overs.

Kusal Mendis was the top scorer for the Sri Lankan side with 89 from 93 balls. He was aptly supported by Danushka Gunathilaka with his knock of 76 (72).

The skipper Angelo Mathews played a captain's innings with an unbeaten 52 runs from 45 balls, who took the team to the winning score.

Indian bowling unit had a tough time on the field as Bhuvaneshwar Kumar was the only bowler to pick a wicket. 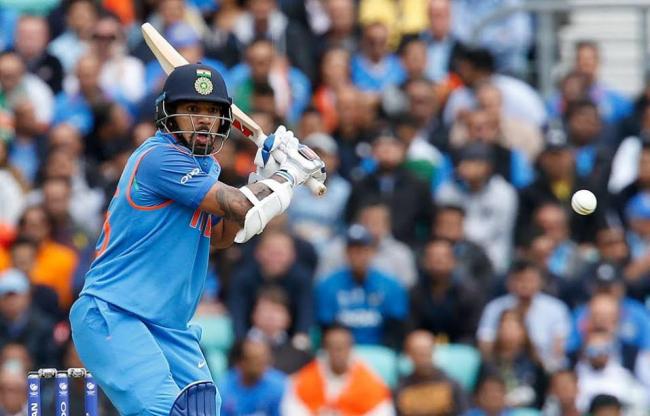 Earlier, banking on the century of Shikhar Dhawan and the brazing knock of Mahendra Singh Dhoni towards the end, Indian team raced to 321/6 in 50 overs against Sri Lanka in the Champions Trophy 2017, on Thursday.

Losing the toss, India came out to bat and both the openers went off to a good start and made a 100 runs partnership.

While Rohit Sharma was dismissed at 78, Dhawan continued his good form in the tournament to get a huge score of 125 from 128 balls.

Though the in form Virat Kohli went out for a duck on Thursday, it was Mahendra Singh Dhoni and Kedar Jadhav aggressive performance in the last ten overs of the innings to push the score to go past 300.

Dhoni has hit all over the ground to get 63 from 52 balls and Jadhav remained unbeaten at 25 from 13 deliveries.

Though Sri Lankan bowlers tried to get back to the match, but failed to pick the wickets at the right moments and the Indian batters kept on taking advantage of the same.

Lasith Malinga had the best bowling figure for Sri Lanka with 2/70 in 10 overs, who picked up the important wicket of Dhawan.

Sri Lanka would have to chase down the target with a run rate higher than six per over.

After winning this match, Sri Lanka came back to the competition after the loss in their first match, while India will head towards a must win game against South Africa on Sunday.