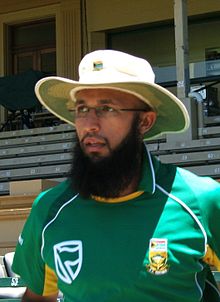 The result has given the Proteas a 1-0 series win.

South Africa had entered the two-Test series against Sri Lanka on equal points with Australia (123 ratings points). However, Hashim Amla’s side was ranked below Australia when ratings were calculated beyond the decimal point.

"The 1-0 series win has now put South Africa ahead of Australia on 124 ratings points and has also allowed it to regain the position it had surrendered to Michael Clarke’s side on 1 May following the annual Test update," read an ICC statement.

South Africa will now play Zimbabwe in a one-off Test in Harare on Aug 9.

But when Australia travels to the Sheikhdom in October to play Pakistan in the two-Test series, it will aim to get back on top of the tree. And to make it happen, it will have to win the series, be it by a 1-0 or 2-0 margin.