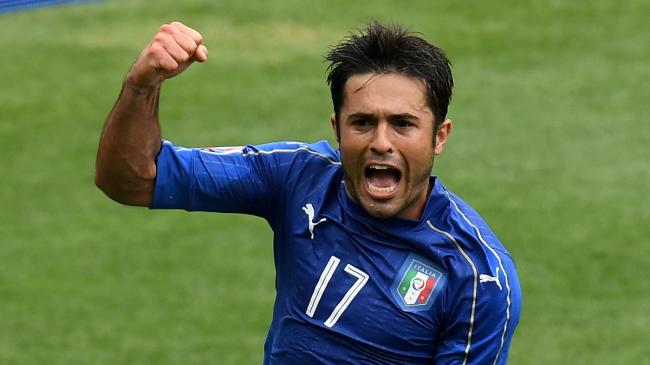 Although Sweden never let the Azzurri control matters as they had done in beating Belgium first time out, Marco Parolo rattled the crossbar with a late header and then Éder cut in from the left, outwitting several defenders before his decisive finish.

The goal was reward for Italy pushing forward more after half-time. Alessandro Florenzi and Antonio Candreva had more joy down the flanks, with the attacking instincts of Simone Zaza and Thiago Motta also introduced.

Compared with their 1-1 draw with the Republic of Ireland, Swedish coach Erik Hamrén went with John Guidetti up front, a year after his goal against Italy at the U21 EURO. The striker's name was continually chanted by the Sweden fans, outnumbering the Azzurri in the Stadium de Toulouse. He and Zlatan IbrahimoviÄ‡ helped the Blågult edge the opening period but without really carving out chances.

Indeed, the Swedes are yet to register a shot on target in these finals and must put that right if they are to overcome Belgium on Wednesday to stay in the tournament.


Man of the match: Éder (Italy)