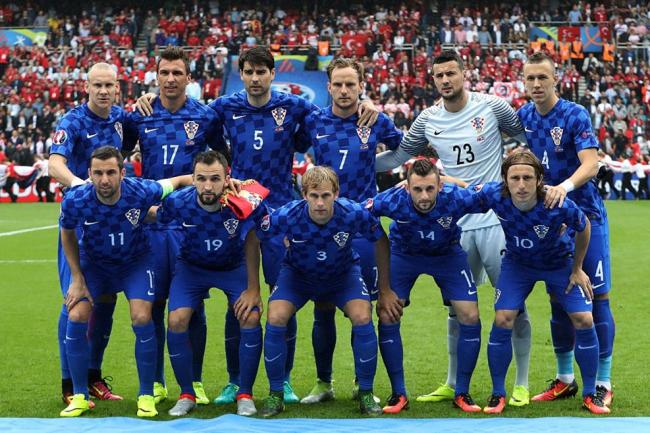 The Real Madrid playmaker struck four minutes from half-time at the Parc des Princes and his team-mates went on to protect the statistic that says Croatia have never lost when ModriÄ‡ has scored – now winning ten and drawing one.

Turkey had two opportunities to clear a right-wing corner but the second attempt only sent the ball looping towards ModriÄ‡ 25 metres out. His aim was unerring, his volley bouncing past Volkan Babacan into the corner of the net. The resulting defeat was Turkey's sixth in as many tournament-opening fixtures.

Ante ÄŒaÄiÄ‡'s team had started positively, pushing back Turkey for much of the first half. Mario MandÅ¾ukiÄ‡ and Marcelo BrozoviÄ‡, twice, had presentable headed chances although it was from a similar route that Turkey almost broke throuogh.

Ozan Tufan met a delicious delivery from Gökhan Gönül five metres out only to nod straight at Danijel SubašiÄ‡. Fatih Terim's side, however, were having their own problems dealing with crosses, unrepairably so – it transpired – close to the interval.

It might have got worse for Turkey as Darijo Srna's free-kick rattled their crossbar early in the second period, before Croatia's captain pulled a shot wide after Volkan had pushed Ivan PerišiÄ‡'s centre into his path.

BrozoviÄ‡ then volleyed over before MandÅ¾ukiÄ‡ teed up PerišiÄ‡ with a delicate cross the midfielder headed against the bar. Babacan also denied PerišiÄ‡ to keep Turkey in the contest, but their lack of an attacking threat undermined his resistance.

Man of the match: Luka ModriÄ‡