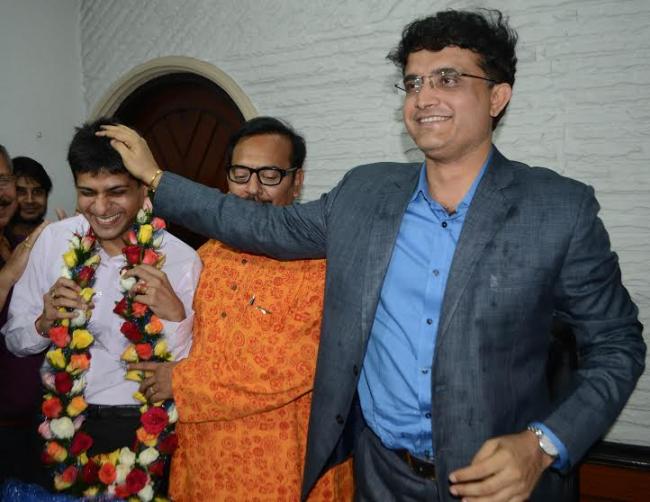 Ganguly said he will try to create a system that will produce good players.

Avishek Dalmiya has been inducted as the  joint-secretary of the board.

Ganguly promised to do his best with the performance in his new role.

Banerjee had said the name has been suggested by her in consultation with other administrators of CAB.

"After the demise of Jagmohan Dalimya, there has been a crisis. I feel Saurav, who was an able captain of the Indian team, is the right man to take the post of CAB president," she had said.

Ganguly had earlier served as the joint-secretary of CAB.