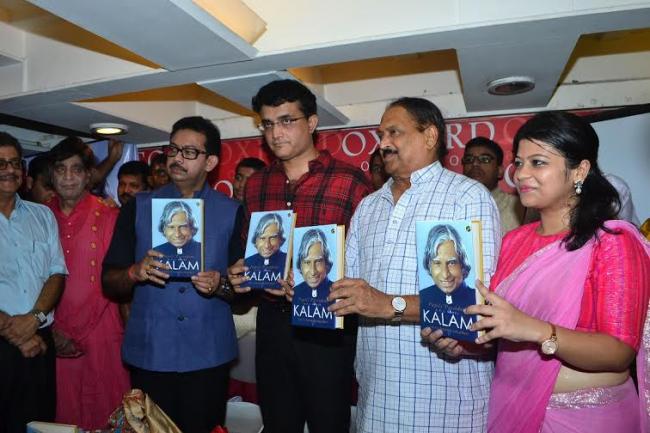 Edited by Satyam Roychowdhury, the book commemorates the life of a man who worked tirelessly for the betterment of a nation and devoted his life and energy to ignite the minds of the billions of young minds.

Speaking on the occasion Sourav Ganguly said it was his honour to launch the book on late scientist.

He said: “APJ Abdul Kalam was not just a President or a political person, he was for me a genius, a scientific genius” said Sourav.

Ganguly remembered the legend for his down to earth demeanor.

“I met him for the first time when I received  the Padma Shri from him (2004) at Rashtrapati Bhavan, the moment you met the gentlemen you could see that he was one of the most down-to-earth person,” he added.

According to the former Indian captain, the things which were most appealing to him were his simplicity, his bliss, his special ability and geniuses which one can see as “the spark in the eye and spark in the smile.”

“I edited this book to pay tribute to APJ Abdul Kalam. Besides Kalam’s own speeches and quotes, it also contains literary tributes by scientists, academicians and students, the interviews of his family members, and a real-time anecdote of his interment ceremony at Rameswaram,” said Satyan Roychowdhury, Managing Director and Chairman, Techno India group .