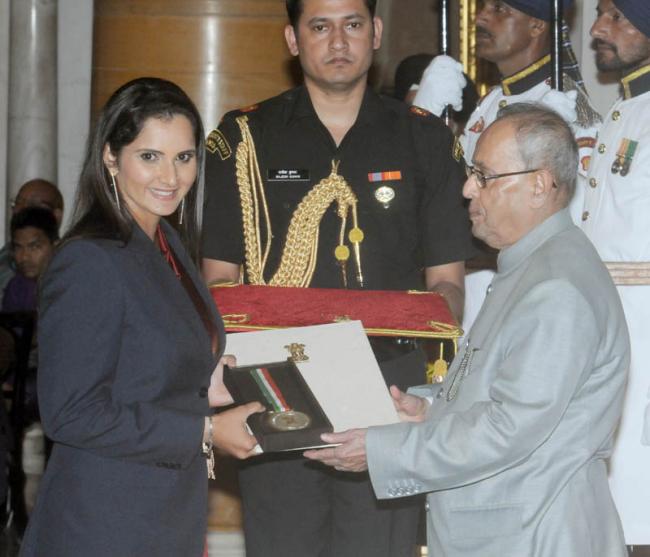 She recently won the Wimbledon doubles title with her partner Martina Hingis.

Mukherjee presented the Sports and Adventure Awards at a function held at Rashtrapati Bhavan  here.

Mirza became the second Tennis player after Leander Paes to get highest sporting honour of the nation.

She is also the number one doubles player in the world.