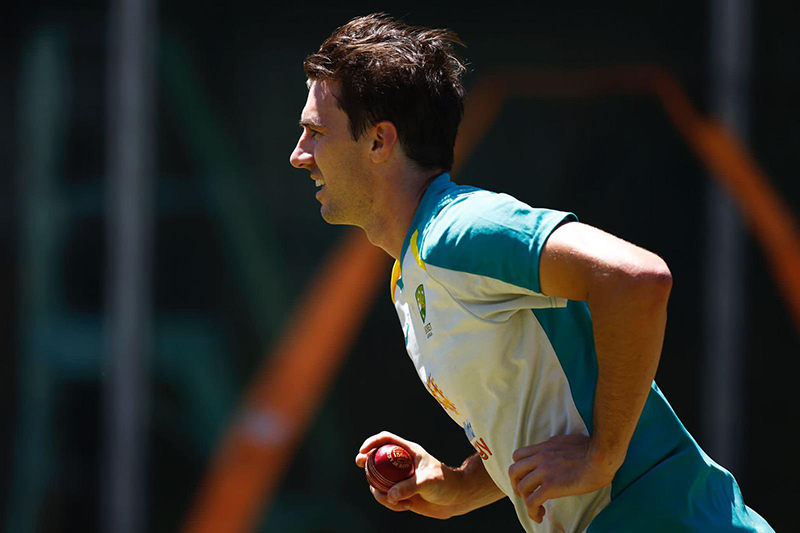 Adelaide/UNI: Australia have decided to not risk Pat Cummins during this week's second Test against the West Indies and have left their captain out of their final XI for the Adelaide day-night contest.

Cummins failed to bowl during the final two days of Australia's emphatic 164-run triumph over the West Indies in the first Test in Perth due to a quad injury and his spot in the XI for Adelaide will instead be taken by fellow quick Scott Boland, an ICC report said.

Boland hasn't played a Test since he collected 18 wickets from three Ashes Tests against England last summer, but earned a recall after missing out on selection in Perth.

The absence of Cummins also means veteran batter Steve Smith will captain Australia once again, after he stood in for the Australia skipper in the Adelaide Test against England last year when Cummins was deemed a close COVID-19 contact.

It is expected that Cummins will be fit in time to lead Australia in the first Test against South Africa in Brisbane next week.

"Team medical staff commenced Cummins' recovery in Adelaide but selectors deemed there was not sufficient time for the fast bowler to be fully fit for the match, which starts tomorrow," a statement from Cricket Australia read.

"Cummins is expected to return for the opening Test match against South Africa in Brisbane."

Smith said he was looking forward to filling in for Cummins and promised he would bring his own attributes to the role.

"I have to do it my own way, I can't be someone else," Smith said on Wednesday.

"I am pretty chilled – I took over for the game here last year and thought it went pretty smoothly. So it's the same again."