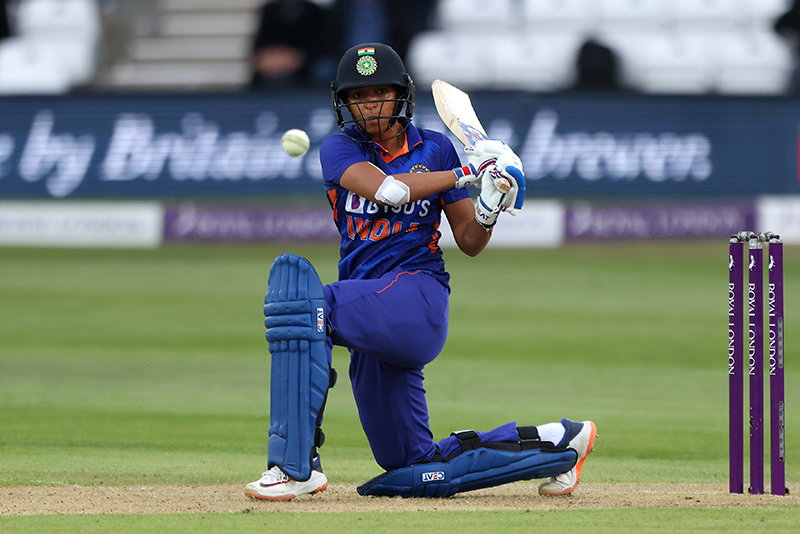 Canterbury/UNI: Harmanpreet Kaur scored a memorable unbeaten 143 here at St Lawrence Ground to power India to seal an 88-run victory against England in Canterbury and took an unassailable 2-0 lead in the series.

The memorable win was driven by a special knock from skipper Harmanpreet, who led from the front with a 111-ball 143 not out. Her knock consisted of 18 fours and 4 sixes and propelled India to a mammoth total of 333/5, batting first.

It was Harmanpreet's fifth ton in ODI cricket.

A collective effort from the Indian bowlers then bowled out England for 245, with Renuka Singh (4/57) leading the charge. Danni Wyatt (65), was the main contributor with the bat for the hosts.

The victory helped India solidify their lead at the top of the ICC Women's Championship Standings.

Harmanpreet was full of praise for the team after a performance which helped them seal a historic ODI series win.

Speaking at the post-match interview, she said, "Today was a very important game for us, and everyone who got a chance contributed."

On her knock, the Indian skipper added, "I took my time and that partnership was important. After that, I gave freedom to myself and backed myself."

Harmanpreet also stated in the post-match conference that after a brilliant performance in the first ODI, following that up with good performance was of vital importance.

"When you win the first game, the second game is always important and we always try to finish that game as a winning side and today also we were looking at that only because we don't want to carry any extra pressure on ourselves going to Lord's," she concluded.

The two sides will face off in the final match of the ODI series at Lord's on Saturday, Sept 24.