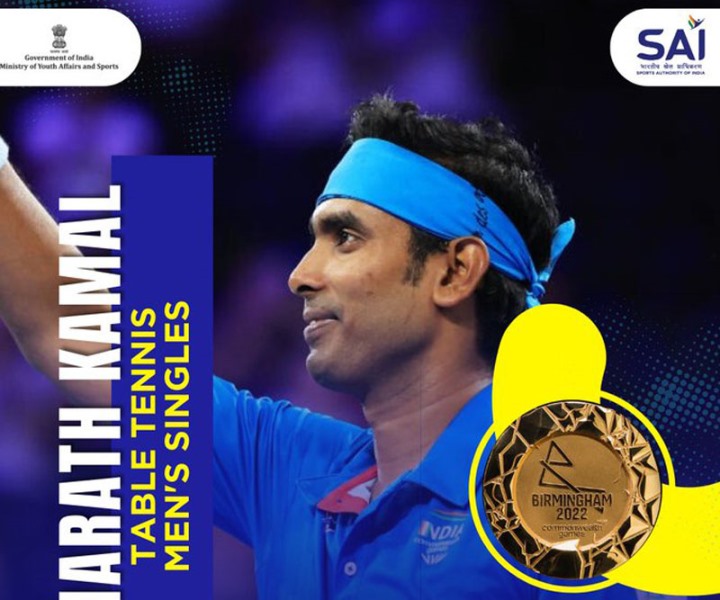 This is his third gold medal of CWG 2022, having won the men’s team and mixed doubles with Sreeja Akula.

The 40-year-old paddler had won his first singles CWG gold at Melbourne 2006 and he is the only Indian man to win the singles gold medal.

India ended their table tennis campaign at CWG 2022 with three golds, one silver and one bronze medal.

The final began with intense rallies as both players manufactured great angles for their shots and managed to reach the other’s returns. In the end, Sharath misplaced a backhand, which helped Pitchford take the opening game.

The Indian ace soon came in his element, applying some backspin on the Englishman’s serves and his immaculate placement helped him to win the next two games and take a 2-1 lead.

In the fourth game, he raced to a 6-1 lead but Pitchford reduved the gap at one point to 5-6, the Indian held his nerves to regroup and allowed his opponent to win only one more point before going up 3-1.

With momentum on his side, Sharath rapidly won points with his powerful shots.

He seemed to have won with an instinctive return across the table but the ball was adjudged to have hit his shirt before he returned.

However, in the very next point, he played out another powerful cross-table forehand, which Pitchford was unable to return and won the gold medal.