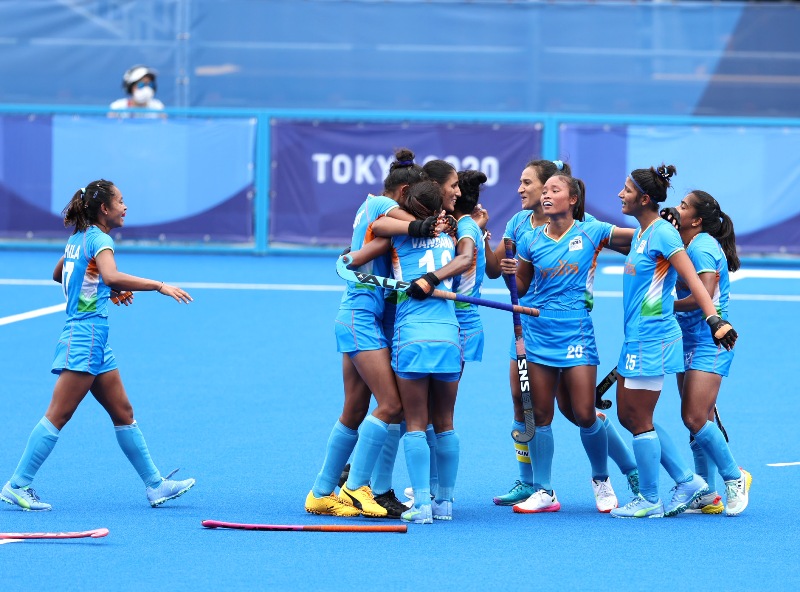 India, which is grouped in Pool B along with England, New Zealand and China, will begin their campaign on July 3 against nemesis England, to whom they lost the Bronze Medal in the Olympic Games Tokyo 2020.

The Indian team will be led by ace goalkeeper Savita and Vice Captained by Deep Grace Ekka.

In the previous edition of the prestigious quadrennial event held in London, the Indian Team entered the quarterfinals but lost to Ireland in a shootout after a 0-0 stalemate in regulation time.

Ireland, who ousted India 3-1 in the shootout, went on to play the Final of the World Cup and ended their campaign with a Silver Medal.

Speaking about the team selection, Chief Coach Janneke Schopman said, "We have chosen the best squad for the World Cup. It is a mix of experience and young talent who have shown great promise when they were given a chance against top teams in the FIH Pro League."

"Except Rani, who is still not fully recovered from injury rehabilitation, the team has all the players who were part of the Olympic campaign with inclusions like Jyoti and Sonika who have done well in their roles when given a chance.

"We will also have Sangita and Akshata who will travel with the team as replacement players. The team is absolutely excited and eager to begin their World Cup campaign and we will utilize the next ten days to fine tune our game basis analysis from Pro League performances," added Schopman.

The Indian team will play their group stage matches in Amstelveen, Netherlands and if they top the group, they will play the Quarter Finals too in Amstelveen before the team moves to Terrassa, Spain for the Semis and Final basis qualification in the knockout stage.

The crossover matches for pool B will be played in Spain.