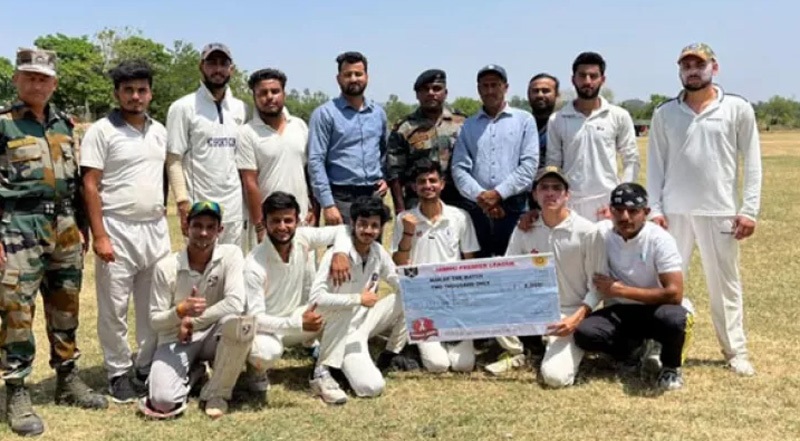 "With an aim of providing the local cricketing talent a platform to showcase and harness their skills in the field of Cricket, the Indian Army is organising a White Knight Jammu Premier League 2022," said an official.

He said that pre-qualifier matches for White Knight Jammu Premier League started for the local youth of Jammu district at Country Cricket Stadium, Gharota in Akhnoor.

He said that a total of 12 teams from all over Jammu District have enlisted for the matches and the winning team will represent Jammu District in the League matches commencing from June 2 which will be followed by semi finals on the June 13 and finals on June 14-15 in Akhnoor.

"The locals welcomed the event with open arms and were delighted to know the importance the Indian Army is giving to the young talent who would be shaping the future of the country in the coming years," he added.

Notably, the winning team from each district will participate in the league round of Jammu Premier League.