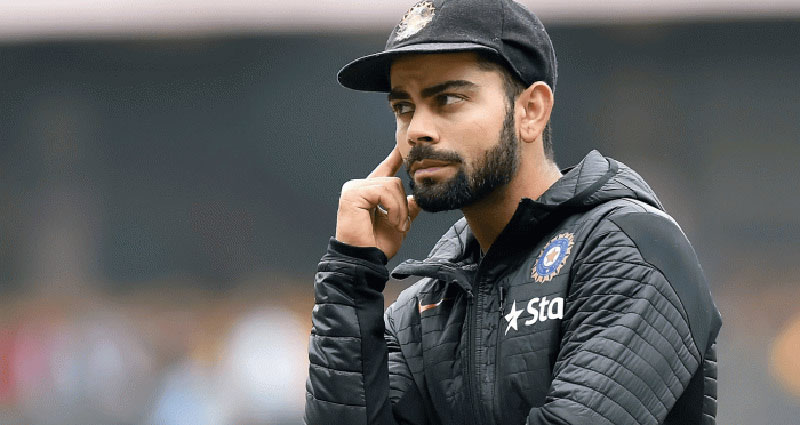 New Delhi: Indian Test skipper Virat Kohli on Saturday resigned as the leader of the team, justa day after his squad lost the Test series against South Africa by 2-1 margin.

Kohli made the announcement by posting his statement on social media.

He said: "It's been 7 years of hard work, toil and relentless perseverance everyday to take the team in the right direction. I've done the job with absolute honesty and left nothing out there. Everything has to come to a halt at some stage and for me as Test captain of India, it's now."

"There have been many ups and also some downs along the journey, but never has there been a lack of effort or lack of belief. I have always believed in giving my 120 per cent in everything I do, and if I can't do that, I know it's not the right thing to do. I have absolute clarity in my heart and I cannot be dishonest to my team," he said.

"I want to thank the BCCI for giving me the opportunity to lead my country for such a long period of time and more importantly to all the team-mates who bought into the vision I had for the team from day one and never gave up in any situation. You guys have made this journey so memorable and beautiful. To Ravi Bhai [Shastri] and the support group who were the engine behind this vehicle that moved us upwards in Test cricket consistently, you all have played a massive role in bringing this vision to life," he said.

Kohli also mentioned MS Dhoni in his statement as he had replaced him as the skipper of the Indian team.

"Lastly, a big thank you to MS Dhoni who believed in me as a captain and found me to be an able individual who could take Indian cricket forward," Kohli said.

Kohli even received a jolt when Pakistan beat India in the opening match of their World Cup campaign.

It was the first time India lost a World Cup match against the neighbors.

Later, he was removed as the ODI captain by the selectors.

BCCI congratulates #TeamIndia captain @imVkohli for his admirable leadership qualities that took the Test team to unprecedented heights. He led India in 68 matches and has been the most successful captain with 40 wins. https://t.co/oRV3sgPQ2G

Congratulating Kohli, BCCI posted: "BCCI congratulates #TeamIndia captain
@imVkohli for his admirable leadership qualities that took the Test team to unprecedented heights. He led India in 68 matches and has been the most successful captain with 40 wins."

Kohli remained one of the most successful skippers to lead the Indian team.

He registered 40 wins by leading India in 68 matches.

Under his leadership, India reached the number one position in Test ranking.

He led the India squad which faced New Zealand in the World Test Championship final in Southampton last year.

New Zealand had defeated India in the match to win the inaugural tournament.