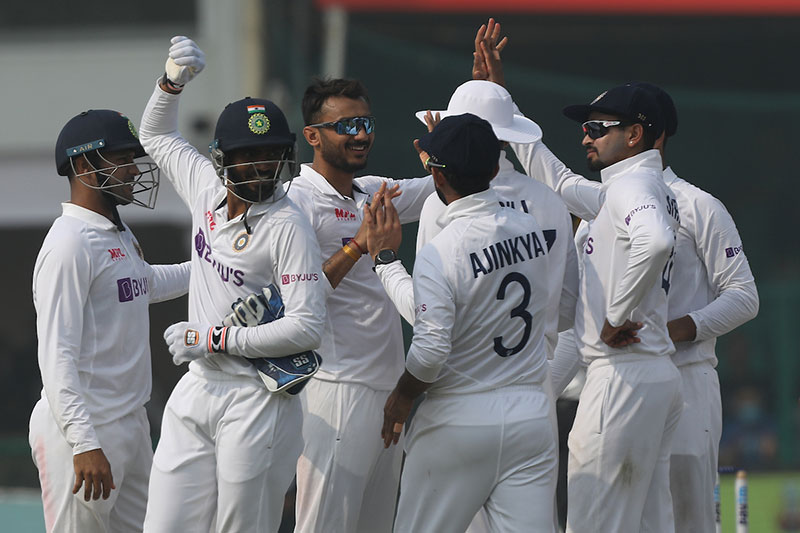 Kanpur/IBNS: India lost one wicket in the form of Shubman Gill to settle their score at 14/1 in the second innings of the first Test at stumps on day three here on Saturday.

Gill, who hit a half century in the first innings, could only add one in the evening before he was bowled out by Kyle Jamieson.

Cheteshwar Pujara (nine off 14) and Mayank Agarwal (four off 13) remained unbeaten at stumps when the hosts improved their first innings lead of 49 runs to 63.

A five-wicket haul by Axar Patel, backed by other bowlers, earlier in the day helped India to make a comeback in the first Test against New Zealand, who were bowled out for 296.

Though the visitors were going strong, the New Zealand batters were tamed by Patel, who picked five for 62 including the wicket of Tom Latham, who missed his hundred by five runs.

Will Young, who scored 89, was dismissed by Ravichandran Ashwin, who picked three valuable wickets.

Apart from Latham and Young, the entire Kiwi batting line up collapsed, falling short of India's first innings total of 345.