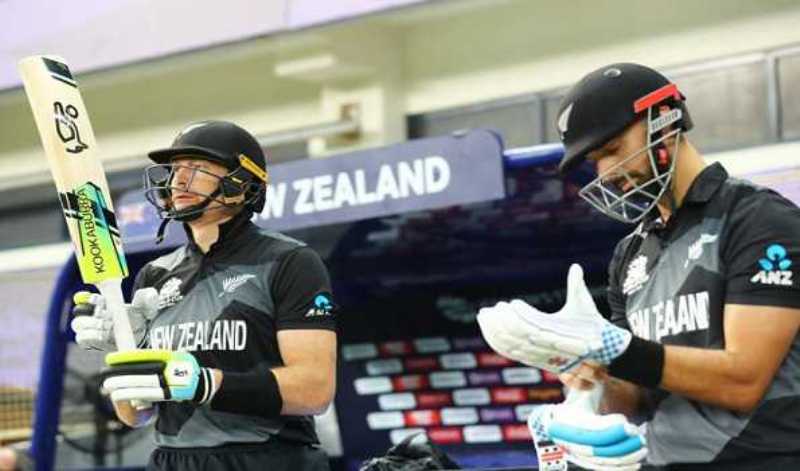 Dubai: Australia won the toss and sent New Zealand to bat first in the finals of the T20 World Cup, here on Sunday.

While Australia is fielding an unchanged team that beat Pakistan in the semifinals of the tournament, New Zealand drafted in Tim Seifert in place of injured Devon Conway.

Trent Boult said Conway missing out is a huge loss and understandably there is no one who is more gutted than he is.

"Conway has been a huge part of the Black Caps side. The positive is that it gives someone else (Seifert) the opportunity to step up in his place. We have 15 guys who can do the job," he said.

NZ skipper Kane Williamson said it is a shame that Conway misses but as a team, they have to move on and focus on the challenge at hand.

Meanwhile, Australian opener David Warner is looking to put the team in a good position, not by getting off to a fast start, but by minimizing damage early on.

"Looking forward to a nice game. For myself, it is about delivering every time I can. I look to put the team in a good position. I don't think too much about getting off to a fast start here. The trend here in the powerplay is not high scoring and it is about minimizing damage," he said ahead of the toss.

The coveted trophy has eluded both the teams and under the circumstance, a very close contest is expected between the two teams.

New Zealand's performance in international cricket in recent times has been excellent as they won the World Test Cricket Championship by beating India in the finals this year in England.

Australia have reached the finals of the T20 World Cup twice, while New Zealand are playing their first.