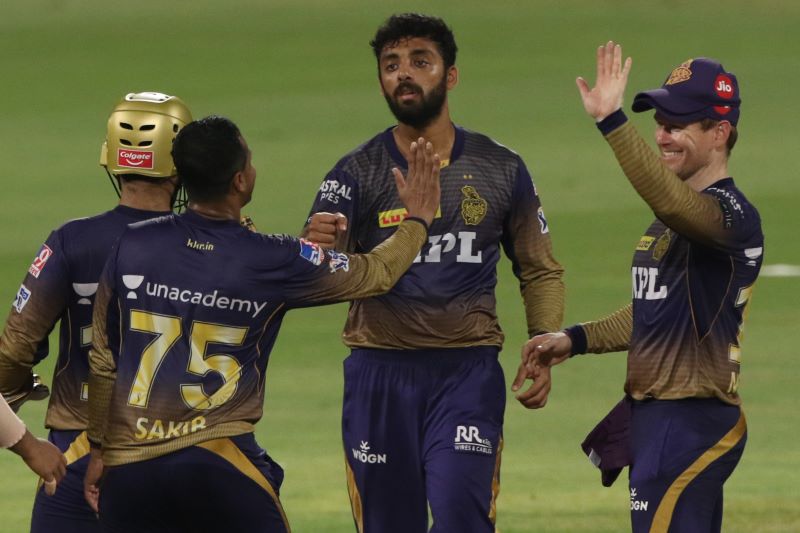 The Eoin Morgan-led side, who were at one stage cruising to win with 13 runs needed off the last 25 balls, lost the track as they lost six wickets in quick succession.

When KKR needed 6 runs off 2 balls, Rahul Tripathi (12 not out off 11 balls) hit a huge six off R Ashwin, helping his team win the match by three wickets.

KKR's late batting collapse was a stark contrast to their bowling performance, where they restricted DC at 135/5 in the first innings.

Varun Chakravarthy (2/26) picked the key wickets while the DC batting unit looked a pale shadow of a team that topped the league table.

Dhawan top-scored with an off-colour 39-ball 36 while Shreyas Iyer's 30 off 27 gave DC's total some semblance of respectability.

WHAT. A. FINISH! 👌 👌 @KKRiders hold their nerve and seal a thrilling win over the spirited @DelhiCapitals in the #VIVOIPL #Qualifier2 & secure a place in the #Final. 👏 👏 #KKRvDC

Iyer did most of the damage by hitting 31 runs in 20 balls, including three sixes and two fours.

There was no respite on offer for DC bowlers post powerplay as well with the duo adding 37 runs in the next five overs.

Iyer reached his half century soon after in 38 balls as DC captain Rishabh Pant looked on with none of his star bowlers finding the opening wicket.

The breakthrough came as late as the 13th over with Kagiso Rabada dismissing Iyer at 55 (41). With 96/1 at this stage meant KKR were the favourites to clinch the game.

However, superb spells by Delhi bowlers took the game down to the wire as Kolkata lost six wickets in space of seven runs.

Delhi pace trio of Rabada, Anrich Nortje and Avesh Khan gave away just six runs and took three quick wickets, in the death overs to trigger the opportunity for a turnaround.

However, KKR's Tripathi changed all that with a huge six over the long-off to seal the match.