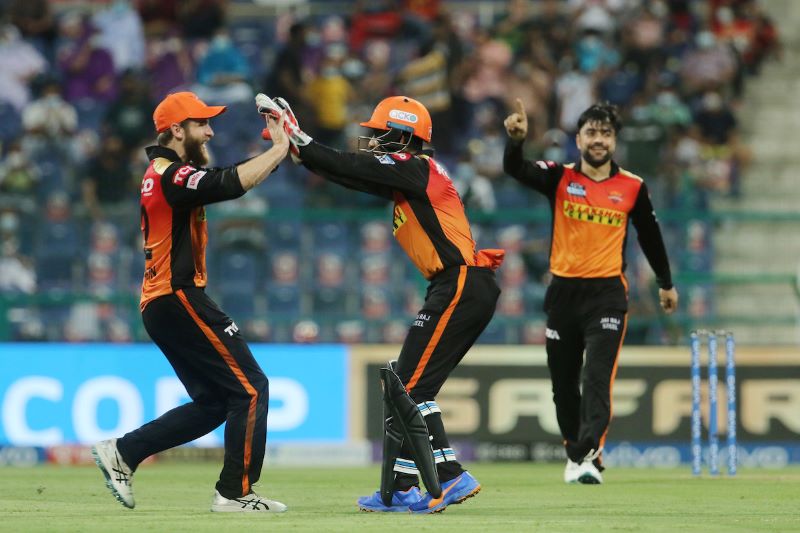 IPL 2021: SRH defeat RCB by 4 runs in the last-ball thriller

Abu Dhabi/UNI: Sunrisers Hyderabad (SRH) bowlers put in a disciplined effort to earn their bottom-placed side a consolation win by four runs against Royal Challengers Bangalore (RCB) in the match 52 of IPL 2021 here Wednesday.

Unheralded fast bowler Umran Malik impressed the most with a 1/21 four-over spell while Bhuvneswar Kumar (1/25) defended 13 runs in the last over after SRH batsmen could only score 141-run.

Opener Jason Roy (44 runs off 38 balls) and captain Kane Williamson (31 off 29) contributed the most in SRH total.

The victory will have no change in the points table as SRH remains eighth with six points in 13 games while RCB's loss confirms Delhi Capitals top-two spot.

The modest target turned tricky for RCB on a slow surface as Bhuvneshwar Kumar trapped Virat Kohli plum lbw in the first over.

Siddharth Kaul then delivered further blow to RCB by delivering a maiden and more importantly the wicket of Dan Christian (1 off 4); leaving Kohli's team sensing trouble at 18/2 with Devdutt Padikkal at the other end. 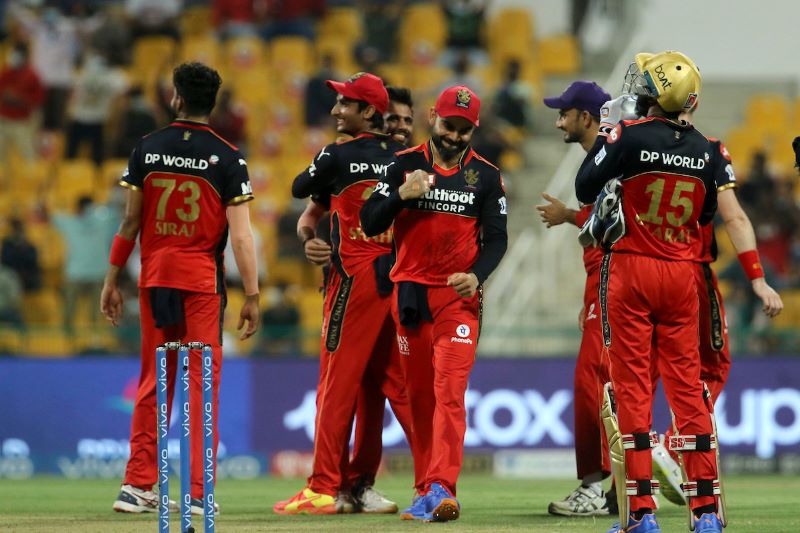 Kaul, who was using pace variations to perfection on the surface, then had his match as newly-in KS Bharat saw through the pacer by thrashing him for a six and a boundary.

The wicket-keeper batsman, however, was soon deceived by the express pace of fast bowler Malik, who had Bharat (12 off 10) caught behind with a 142kmph bouncer.

With their top three back in the dugout for 38 runs by the seventh over, RCB fought back with Glenn Maxwell, who took SRH’s strike bowler Rashid Khan for 24 runs in 2 overs.

The blitzkrieg allowed RCB to put 67 runs on the board by the end of the tenth over as the fourth-wicket stand between Maxwell and Padikkal went on to add 54 runs.

A flurry of emotions in both the camps as @SunRisers clinch a thriller against #RCB.

However, as the match appeared to slip away from SRH, Williamson brought back his side in the match with a direct hit to run out Maxwell (40 off 25).

Rashid then removed Padikkal (41 off 52) in the 17th over to push the game towards another thriller.

With 29 runs needed off the last 20 deliveries, Shahbaz Ahmed smashed three boundaries to bring the chase close to a run-a-ball situation but a tight 19th over from Jason Holder, who also removed Ahmed (14 off 9), gave SRH 13 runs to defend in the last over.

Bhuvneshwar used his experience to full effect as he gave away just eight runs in the last over while keeping AB de Villiers (19* off 13) quiet with slow yorkers.