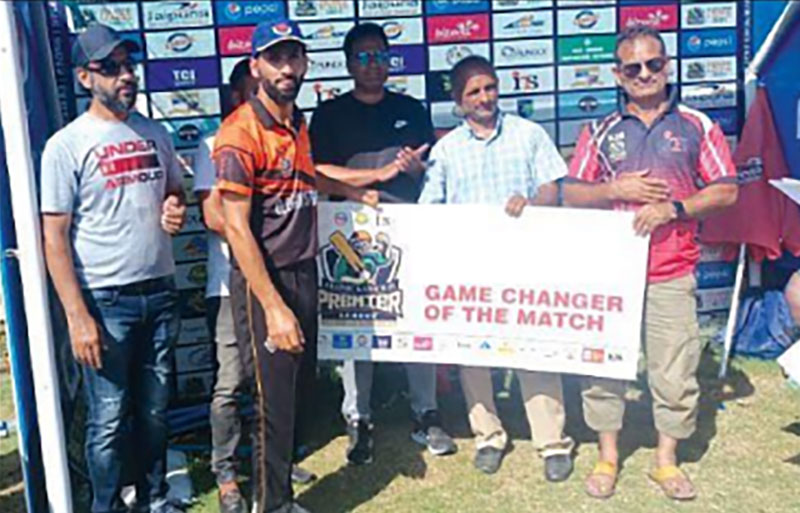 It was the third quarterfinal of the event in which Elegant Strikers clashed with Mayid Rayan Warriors.

Batting first, Elegant Strikers managed to post a huge total of 256 runs. Khalid Bhat scored a century of 105 runs from 55 balls, while Owais Shah scored 51 off 19 balls for the winning side.

Mayid Rayan Warriors managed to come close to their target scoring 245 runs for the loss of six wickets in the allotted overs; Henan Malik played an inspiring knock for Mayid Rayan Warriors scoring 126 of 55 balls with Ahmad Banday who made 66 runs of 28 balls.

Nadeem and Owais Shah claimed two wickets each for Elegant Strikers, while their teammate Khalid Bhat was awarded the man of the match due to his exceptional batting display.