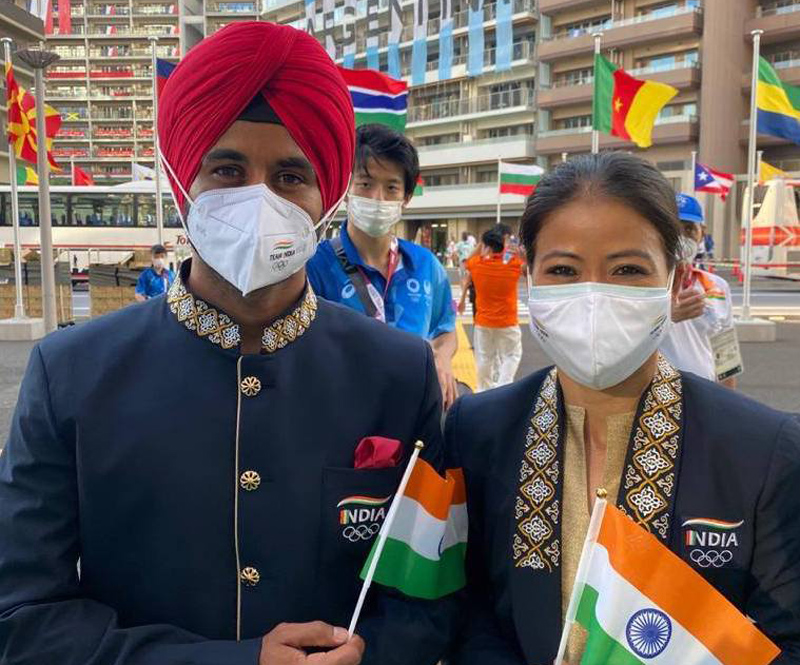 IOA General Secretary Rajeev Mehta informed that the gold medal winners will receive Rs.75 lakhs each  while the silver and bronze medalists will get Rs. 40 lakhs and Rs. 25 lakhs each  respectively. Beside all the participating players and athletes in this Olympic Games will get  Rs. one lakh each.

Mehta said that all participating national sports federations (NSF) of the country in this Olympic Games will receive a bonus of  rupees 25 lakhs each  while the medal winning NSFs will get a further  award of rupees 15 lakh each.

Various  state Olympic associations under IOA  in the country would also receive a grant of Rs. 15 lakh each from IOA for development of sports infrastructure in respective states.

IOA has also sanctioned a pocket allowance of 50 US dollars per day to all the members of the Indian contingent.

Announcing the cash awards, grants and allowance, Mehta  intimated: "The Indian Olympic Association understands the hardship faced by the athletes and federations and felt that support and aid are required by all national federations, state associations and most importantly the athletes after having overcome the hurdles and hard times during the coronavirus pandemic since March last year."