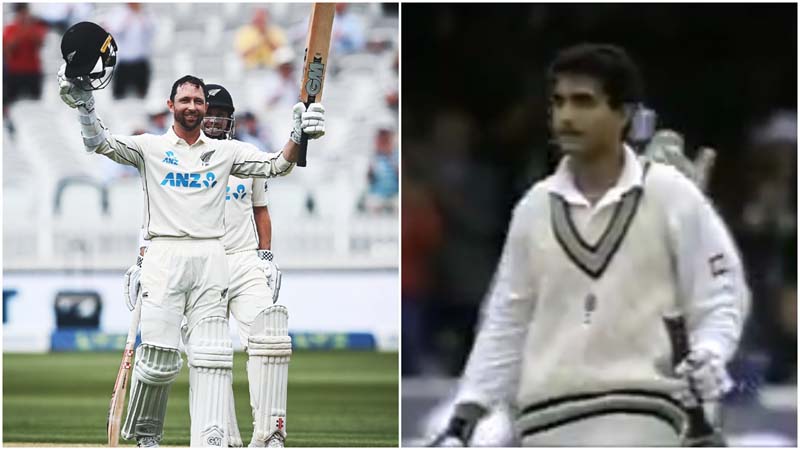 Conway scored an unbeaten 136 on debut on Wednesday in the ongoing first Test match against England.

The Kiwi batsman has also become the sixth cricketer to hit a ton in a debut match at Lord's here.

In 1996, Ganguly had scored 131 on his debut at the same venue against England.

Interestingly, Conway and Ganguly were both born on July 8.

Riding on Conway's batting, New Zealand scored 246/3 at stumps on day one of the match.