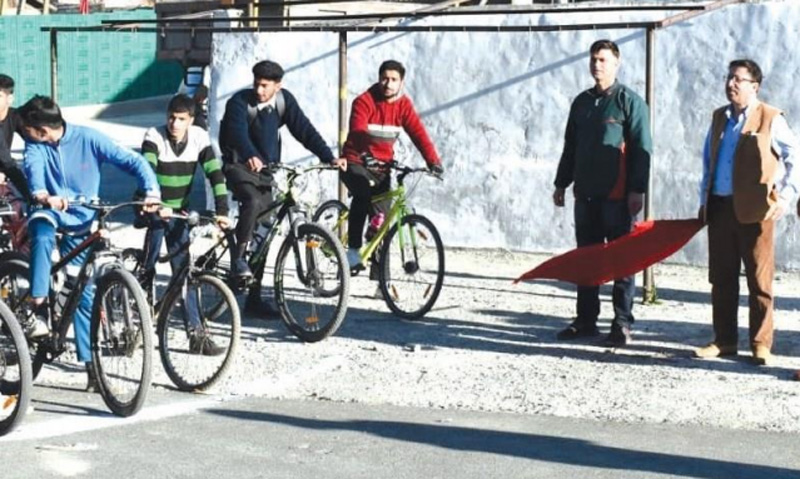 The race was flagged off by Principal BHSS Manigam and saw participation from different schools of Zone Kangan.

About 80 cyclists participated in the age groups of U-17 and U-19. In U17, the first position was bagged by Anees Majeed of HKMC and second place went to Kamran Bashir of HKMC while third spot was won by Inatyatullah of BHSS Kangan.

The prize distribution ceremony was held at BHSS Kangan and the event was conducted by Noor Mohammad (PET).