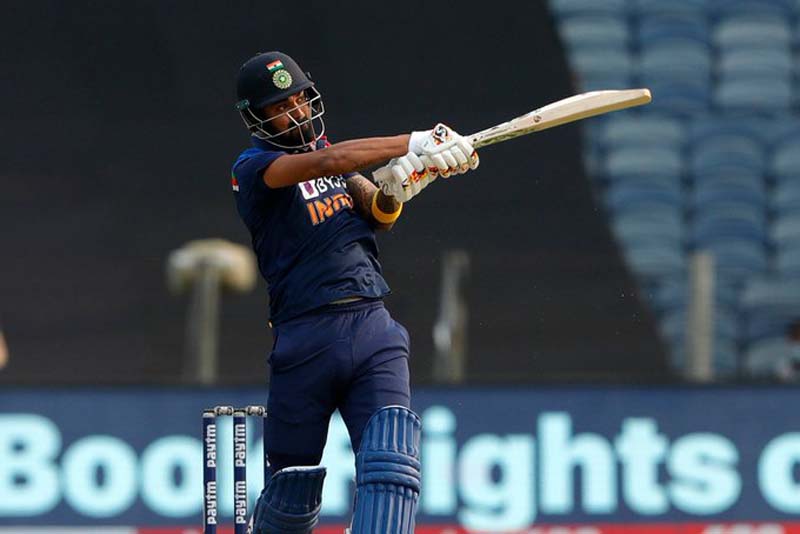 Pune: There was something special in the partnership between Krunal Pandya (58*) and KL Rahul (62*) as they joined to post a massive 317 runs for the loss of five wickets in the first ODI match against England here on Tuesday.

Shikhar Dhawan contributed 98 runs with his willow while skipper Virat Kohli added 56 to help India post a massive total on the board.

India won both Test and T20 series against the visitors so far.