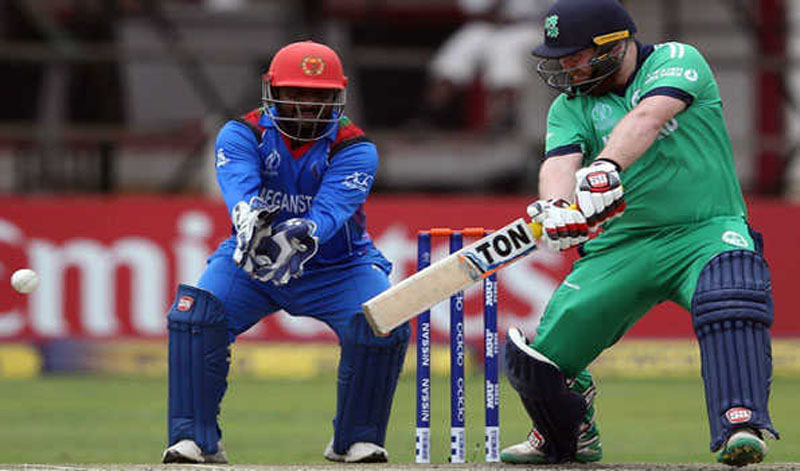 Dublin/UNI: The upcoming three-match ODI series between Afghanistan and Ireland, which was slated to start on January 18, has been rescheduled due to delayed arrival of the hosts in UAE.

According to Cricbuzz, the series was in jeopardy as Ireland were reluctant to play Afghanistan in Oman after the Afghanistan Cricket  Board found it difficult to get the required visas to UAE which they

eventually did but got delayed in the process.

The ODIs, part of ICC's World Cup Super League, were scheduled to be played at the Sheikh Zayed Stadium in Abu Dhabi on January 18, 21 and 23 but the start has been postponed by three days. They will now be played on January 21, 24 and 26 at the same venue.

Richard Holdsworth, High performance director for Cricket Ireland, said that they have agreed to the new fixtures.

'We were pleased to accommodate the Afghanistan Cricket Board's request for a slight extension of the tour understanding that the delayed arrival time of the Afghan side, combined with their
quarantine requirements meant that the previous schedule could not be achieved,' said Holdsworth on Wednesday.

"We are pleased that after discussions over recent days, an agreement was reached on keeping the series in Abu Dhabi after the Afghanistan squad's visas came through. We are thankful to the Emirates Cricket Board and Abu Dhabi Sports Council in working with us to ensure the series will be played in a safe and healthy environment.'

"We look forward to a great series with World Cup Super League points on the line. But first, we are focused on the four-match series against the UAE which will be a tough challenge in their home
conditions,' he added.

Before the Afghanistan series, Ireland will play four-match ODI series against UAE from Friday.