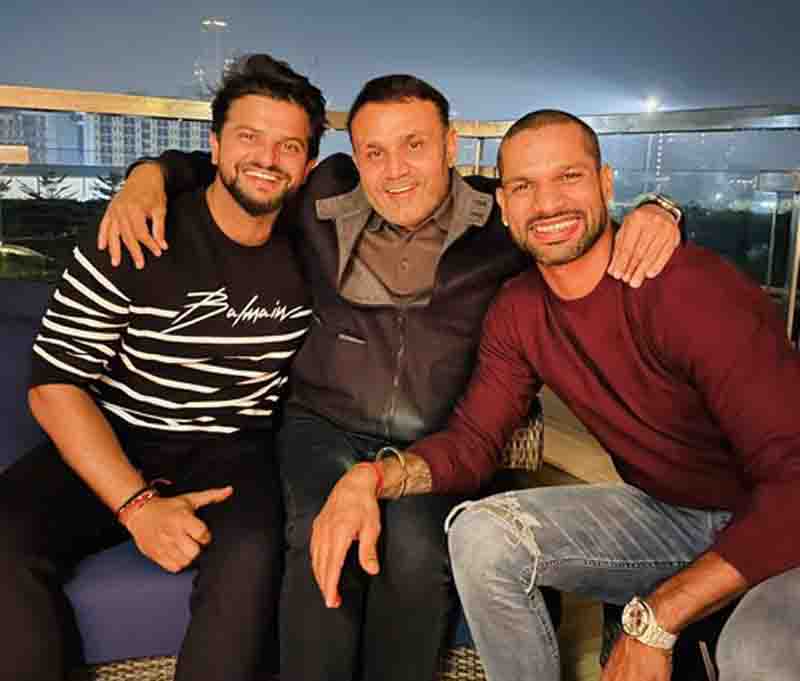 Mumbai: Former Indian all-rounder Suresh Raina on Friday shared a memorable image for his fans where he could be seen posing in front of the camera with Virender Sehwag and Shikhar Dhawan.

Suresh humorously described himself and Shikhar as Virender's 'Karan Arjun'.

Except Shikhar Dhawan, both the cricketers have retired from cricket.