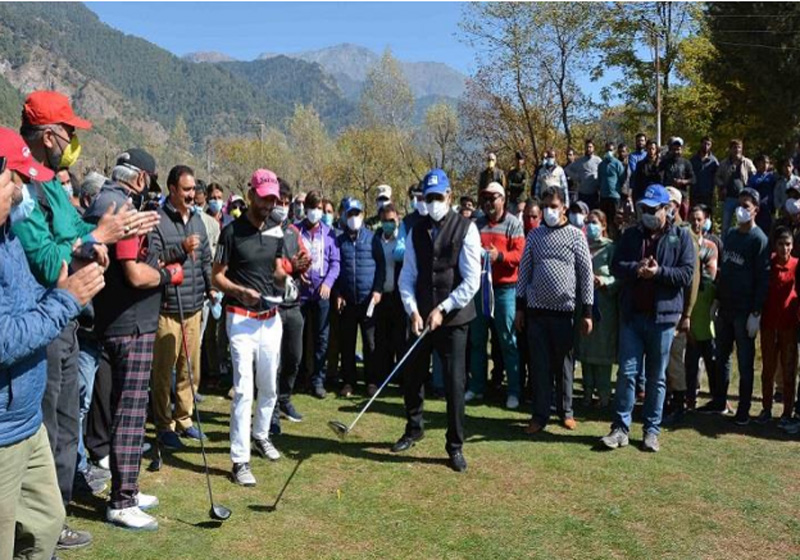 Around 80 golfers from J&K and outside participated in the tournament. While teeing off the tournament, Advisor interacted with the golfers and sought their feedback.

Baseer Khan also flagged off a Mountain Bike Rally which was attended by 30 Mountain bikers.

Later, the Secretary, Tourism distributed prizes among the winning players. Yesterday, on the first day of festival, an exhibition of village crafts, cottage craft and handicrafts, cuisine, fruits and other components of village economy was held at Pahalgam Club.

The festival was organised by the Department in collaboration with J&K Golf Association, Pahalgam Hoteliers & Restaurants Association, JKTDC, PDA and District administration.

The Autumn festival is part of the promotional campaign launched by the Department recently after the COVID-19 restrictions were withdrawn and SOPs were relaxed.

Recently a team of officers of the Department visited Kolkata as part of promotional activities to revive the tourism sector, which has been hit by the COVID-19 pandemic. Webinars were also organised by the Department with Tour Operators of Gujarat and Maharashtra.