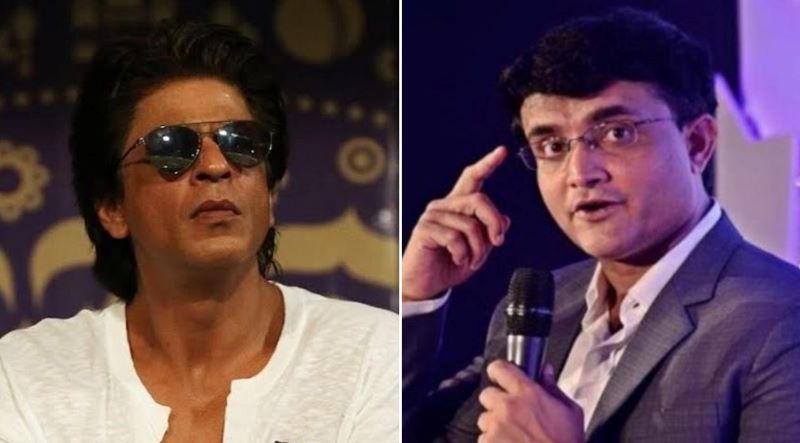 SRK didn't give me free hand in KKR like he gave to Gautam Gambhir: Sourav Ganguly

Kolkata/IBNS: In yet another explosive statement, Indian cricket board president Sourav Ganguly has said Kolkata Knight Riders (KKR) co-owner Shah Rukh Khan didn't give him a free hand in running the franchise back in 2008-2010.

In an interview with senior journalist Gautam Bhattacharya on his YouTube channel, Ganguly, a former captain of India and KKR, said, "I was seeing an interview where Gautam Gambhir said Shah Rukh Khan had told him in the fourth year ‘This is your team, I will not interfere.’ That’s what I told him in the first year. Leave it to me. It didn’t happen."

"The best IPL teams have been those that have left the team to the players. Look at CSK, MS Dhoni runs it. In Mumbai also, no one goes up to Rohit Sharma and tells him to select certain players," said Ganguly who was the captain of KKR in 2008 and 2010 editions of Indian Premier League (IPL).

Speaking on his removal as the KKR captain, the current Board of Control for Cricket in India (BCCI) chief said, "Thought process was the issue there. The coach (John Buchanan) believed we needed four captains. So it was just a difference of opinion, he thought, ‘Let me have 4 captains, then I can run it my way."

Under Ganguly's captaincy, KKR had a dream start in the inaugural season of IPL in 2008 but soon lost the winning momentum to finally settle at the sixth spot in the points table, failing to qualify for the semi finals.

In the following season, then New Zealand cricketer Brendon McCullum replaced Ganguly as the skipper of the side but KKR finished at the last spot in the points table.

In the 2010 edition of IPL, Buchanan was sacked as the coach and Ganguly was reappointed as the captain but KKR's fortune didn't change much as SRK's franchise once again failed to qualify for the semi finals.

Just days ago, Ganguly in an interview with Bengali Sangbad Pratidin said the entire Indian cricketing system was involved in sacking him from the Indian team in the Greg Chappell era in 2005.

Ganguly, who turned 48 on Wednesday, said, "I don’t want to blame Greg Chappell alone. There is no doubt about the fact that he was the one who had started it........"

"The others are not innocent either. A foreign coach who doesn’t have any say in the selection cannot drop an Indian captain. I had understood that this is not possible without the support of the entire system. Everyone was involved in the scheme to drop me. But I didn’t crumble under pressure. I didn’t lose confidence in me," he added.