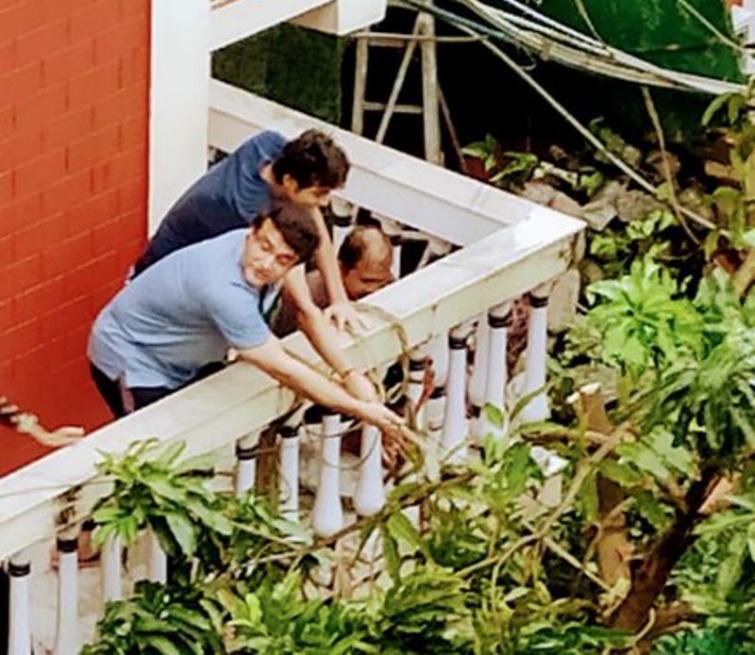 Cyclone Amphan: Sourav Ganguly shares image where he exerts 'strength at its highest'

Kolkata/IBNS: Former Indian cricket team skipper Sourav Ganguly on Thursday shared an image where he had to apply 'strength at its highest' in the aftermath of super Cyclone Amphan, which battered the entire West Bengal leaving several trees uprooted.

In the image shared by the BCCI President, Ganguly could be seen lifting the branches of a mango tree, which fell on his Kolkata house's balcony due to the cyclone.

The mango tree in the house had to be lifted, pulled back and fixed again .. strength at its highest ðŸ˜‚ðŸ˜‚ pic.twitter.com/RGOJeaqFx1

Soon after his tweet, several comments started pouring in.

A fan even wrote: "Dada, another balcony another show of strength! #Natwest_Final."

This comment had a direct reference to his show of joy where he took off his shirt and celebrated the win against England in the Lord's balcony on July 13, 2002.