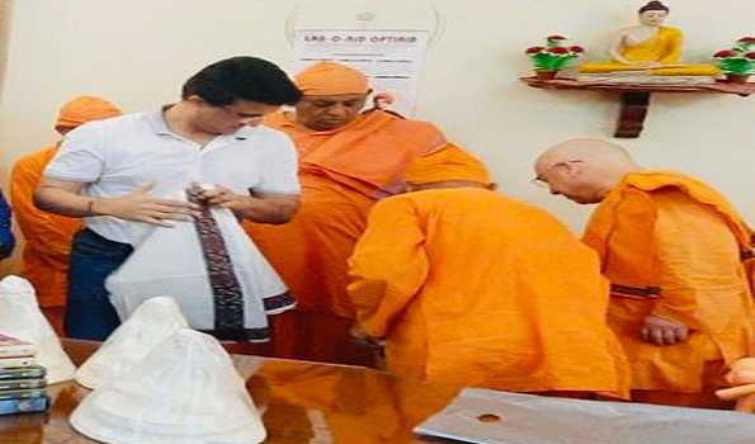 Kolkata/UNI: BCCI President Sourav Ganguly today visited BelurMath, the headquarters of Ramakrishna Mission in Howrah and donatedsome 2000 kilos rice to the institution, which has suspended all sortof assembly in view of COVID-19.

Ganguly was seen riding a battery-powered rickshaw driven by one of the Swamijies and posed for photographs with them inside the Belur Math, founded by Swami Vivekananda.