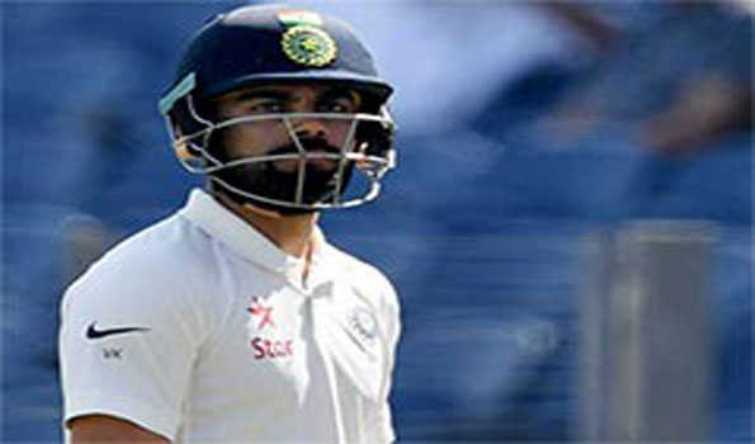 Wellington/UNI: Indian captain Virat Kohli on Wednesday stressed workload management for players, saying that taking periodic breaks during the hectic schedule helped him playing in all formats of the game.

Kohli is one of the busiest cricketers in the international circuit and has often stressed on workload management of the India players, especially the ones playing across formats.

"I think it's been eight or nine years that I have been playing almost 300 days a year with the travelling and practice sessions," Kohli said ahead of the first Test against New Zealand.

"And the intensity is right up there all the time. So it does take a toll on you. I am not saying it's not something the players are not thinking about. We do choose to take a lot more breaks individually even though the schedule might not allow you to. You are going to see a lot of that in the future from many players. Not just myself, especially from the guys who are playing all three formats. It's not that easy,' he added.

The India captain, who was last rested for the Bangladesh T20Is in November 2019 following the World Cup and the series against West Indies and South Africa.

For Kohli, it is not just about his performance alone but also the leadership which needs him to have his brain ticking all the time to devise strategies.

"It's not easy being captain, having that intensity in the practice sessions. It does take a toll on you. Periodic breaks seem to work pretty okay for me.

"At a time where the body can't take anymore, maybe when I am 34 or 35, we will have a different conversation. For the next two to three years I have no issues at all," he said.

The skipper understands that his presence and peak performance are crucial till the 2023 World Cup after which the next phase of transition will set in.

"I can keep going on with the same intensity and also understand that the team wants a lot of my contribution in the next two to three years, so that I can ease into another transition that we faced five-six years ago," he said, referring to the retirements of Sachin Tendulkar, Rahul Dravid and VVS Laxman.