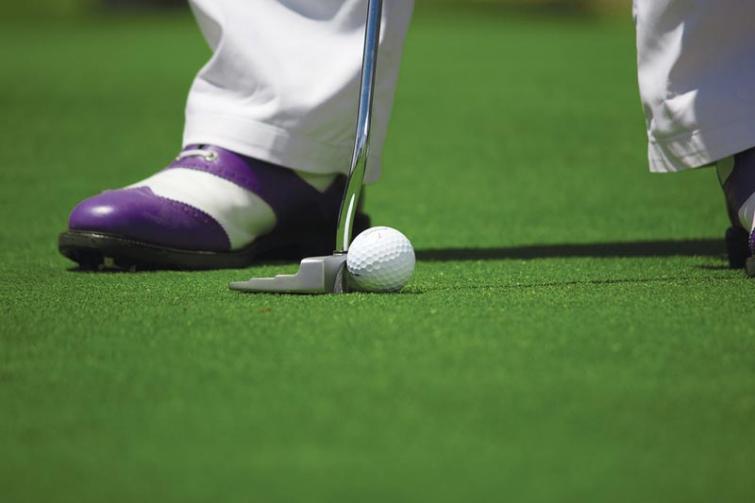 Kolkata/IBNS: Sri Lankan Mithun Perera put up a resilient display to come through in a thriller in the final round and lift the trophy at the inaugural ICC RCGC Open Golf Championship Powered by Bharat Benz, a TATA Steel PGTI event, played at the Royal Calcutta Golf Club (RCGC).

Perera, who lifted his seventh title on Sunday, carded an eventful but resolute even-par-72 in the last round to emerge winner by one stroke at eight-under-280 at the Rs. 40 lakh event. Mithun’s prize money cheque of Rs. 6,46,600 catapulted him from 26th to 14th position in the TATA Steel PGTI Order of Merit.

Lucknow’s Sanjeev Kumar, who was the leader by three shots at one stage on Sunday and thus staring at his maiden title, had to settle for second place after a 71 saw him total seven-under-281 for the week.

Gurugram’s Manu Gandas matched the best round of the tournament with his 65 to finish tied fifth at three-under-285 along with Delhi’s Kapil Kumar (77), the leader for the first three rounds, as well as Chnadigarh’s Yuvraj Singh Sandhu (69) and Gurugram’s Ankur Chadha (70).

Mithun Perera (71-70-67-72), the joint overnight leader, made a disastrous start to all but blow away his title hopes as he made four bogeys on the first 11 holes courtesy some ordinary hitting and putting.

The 32-year-old Mithun then made a roaring comeback on the back-nine with birdies on the 14th, 15th and 16th largely thanks to a couple of 15-feet conversions. After missing a short birdie putt on the 17th, Perera played a decisive 3-wood approach from 215 yards on the 18th that landed three feet short of the flag and set up his winning putt.

It was Mithun’s first win in 21 months as he last won a PGTI event in Chennai in March 2018. The short and stocky Colombo resident was the only player in the field this week who did not shoot an over-par score.

Perera said, “My round can be divided into two halves. The first 11 holes were a struggle but the 15-foot birdie conversion on the 14th acted as a catalyst for my round and just gave me the belief to win. I then hardly put a foot wrong on the last five holes where I made four birdies. The 14th birdie just transformed my thought process for the better.

“The first 13 holes are always tough on this course, so I knew that I will have a chance to come back on the final stretch. I then knew I had to make at least a par on the last hole since I was level with Sanjeev so I tried to go for a two-on and two-putt par on the 18th. However, I didn’t realize how well I had executed my approach till it landed just three feet from the flag which turned out to be a sort of bonus for me.

“It’s such as big relief to win after a long gap. I dedicate this win to my late father and one of Sri Lanka’s all-time great golfers Nandasena Perera, who passed away earlier this year.

“I recently got some gadgets from Japan that helped me add distance to my already accurate game. That was also a contributing factor in my win. I would also like to thank my caddie Saltu who has been on the bag with me through both my wins at the RCGC including the East India Amateur 2007. I’m eagerly looking forward to the last two weeks of the season as both the courses, the KGA in Bengaluru and Golmuri in Jamshedpur, suit my game,” added Mithun, who recently became a father for the first time.

Sanjeev Kumar (75-68-67-71), a two-time runner-up on the PGTI in 2017, seemed well on course for his maiden title when he fired two birdies on the front-nine. However, the 28-year-old stumbled with a couple of bogeys on the back-nine that saw his challenge fade away despite a birdie on the 15th as Perera gained significant ground.

Sanjeev, who turned professional in 2011, said, “After a solid front-nine where I created a lot of chances, my hitting form deserted me on the back-nine. I just couldn’t get that one crucial birdie on the last three holes as my tee shots were not landing in good positions. Nonetheless, I’m happy with the way I played and hope to break that victory barrier soon.”

The first Pro-Am event was played on Wednesday with a professional being paired with a team of three amateurs each as per a draw of lots. This contest continued with Sunday’s Pro-Am event where the remaining fourth member of each amateur team that played on Wednesday was paired alongside two other professionals again based on a draw of lots. The fourth round of the main event ran concurrently with the Pro-Am event on Sunday. There was also a separate Pro-Am event on Saturday that ran concurrently with the third round of the main event. The results for both the Pro-Am competitions are given below.