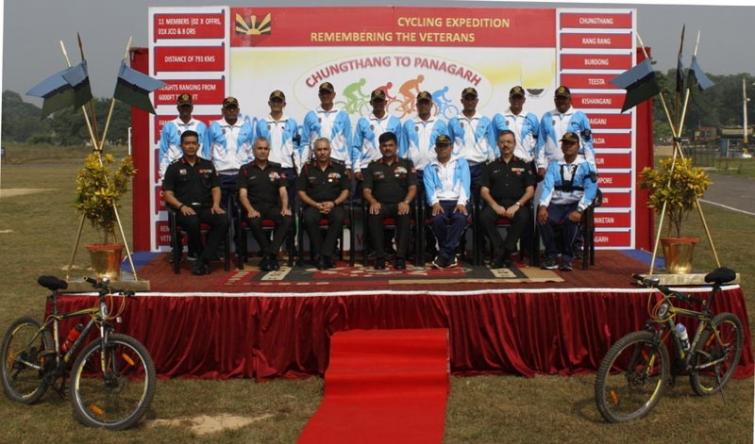 Kolkata/IBNS:  An Indian Army unit has embarked on a cycling expedition from Chungthang in Sikkim to Panagarh in West Bengal covering over 700 km.

The expedition which started on Nov 4 has been flagged-in by GOC, Panagarh Military Station on  Nov 18. The team comprised of 11 cyclists and traversed a distance of 700 km by road in 15 days with an average daily coverage of 45-50 km. 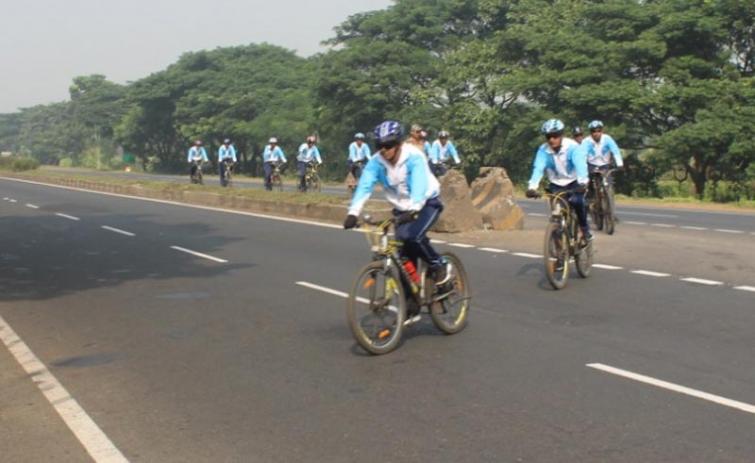 The expedition aimed at inculcating a spirit of adventure among all ranks and to honour and remember our veterans in the Year of Next of Kin. Interactions with veterans to address their concerns and bond with them were undertaken throughout the route. 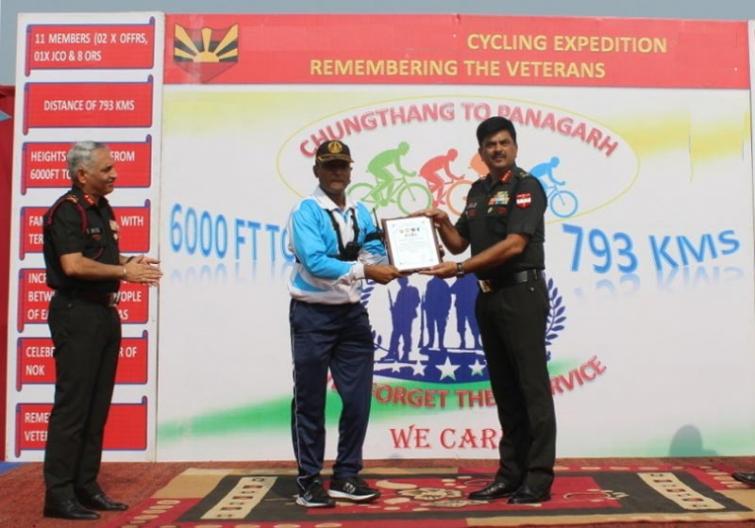 This activity, besides showcasing the theme “We Care”, also aimed at spreading awareness about Indian Army amongst school students and youth and was very well received by the civil administration as also the students and veteran community.