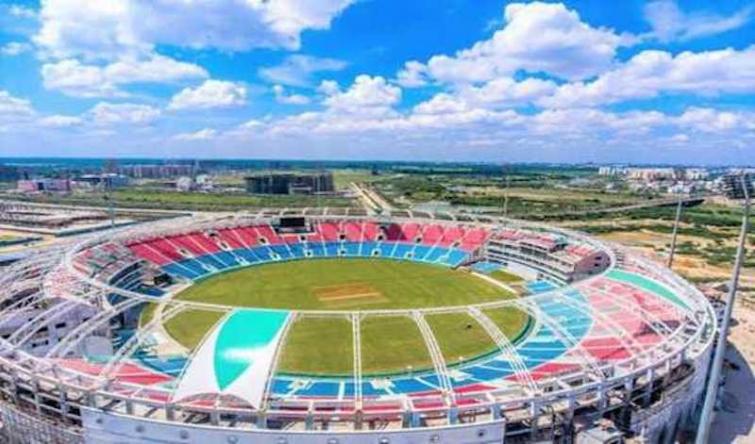 Lucknow, July 7 (UNI): Cricket lovers of the city of Nawabs would be witnessing lots of international cricket in the coming days after BCCI gave its nod to the proposal of the Afghanistan Cricket Board (ACB) to make Atal Bihari Vajpayee Ekana International cricket stadium here as their new home ground.

Now ACB will go ahead in organising their first Afghanistan Premier Cricket League (APCL) in Lucknow as it has all the mandatory requirements for holding the international tourney.

ACB CEO Asadullah Khan in a statement confirmed on Saturday night that they had requested the BCCI to give the Lucknow stadium to their national team and for holding the APCL.

"We have received a formal approval of our request from the BCCI," he said.

He further said their present home ground Dehradun lacked international facilities like 5 star hotels and other good infrastructure to hold the APCL. "But now Lucknow will end all our problems," he claimed.

UPCA director said BCCI had asked UPCA to decide on whether to allow Afghanistan team in Lucknow." We had given our approval, after which BCCI too gave its nod," he added.

The Afghanistan cricket team is practising in Uttar Pradesh for the past couple of years with Greater Noida becoming their home ground. Later they shifted to Dehradun, where they practised for the ICC world cup.

However, in the ICC world cup, Afghanistan performed poorly and lost all their nine league matches but scared several top teams including India by their performance.

The stadium has a capacity of around 40,000 spectators which have all international standard facilities.

The stadium is near the airport and couple of five star hotels are also in the vicinity.