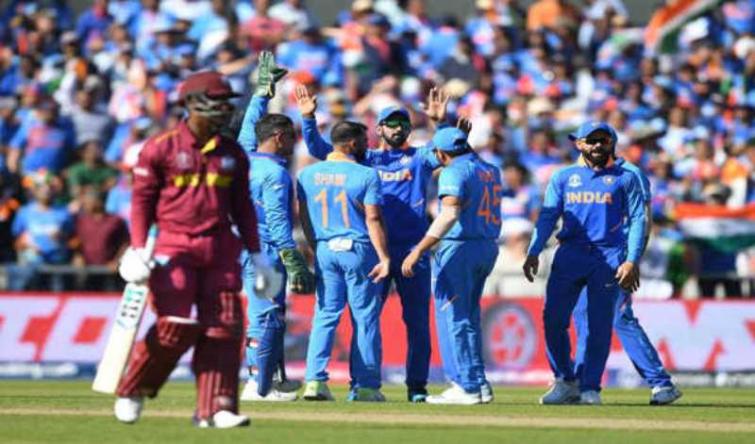 Manchester, Jun 27 (UNI): India produced a disciplined bowling performance as they defeat West Indies by 125 runs in the World Cup match at the Old Trafford here on Thursday.

It wasn't a single man show, almost each and every bowlers contributed in the team's victory against West Indies.

Mohammad Shami (4/16), Jasprit Bumrah (2/9), Yuzvendra Chahal (2/39), while Hardikh Pandya and Kuldeep Yadav took one wicket each, ripped through West Indies batting and helped men in blue to march towards victory.

While chasing a target, Caribbean, got off to a disastrous start when both their openers failed to settle down on the crease and walked to the pavilion leaving West Indies in a difficult situation.