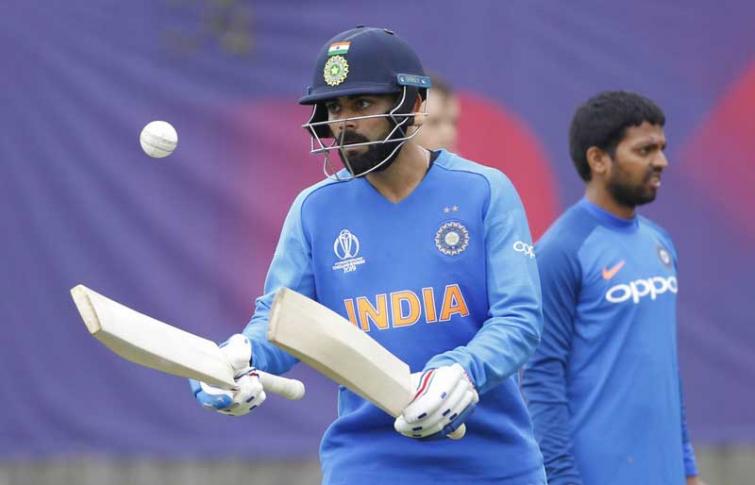 Southampton, June 22 (IBNS): Buoyant by the consecutive wins in the World Cup, Virat Kohli's India will take on Afghanistan in a sporting encounter at The Rose Bowl here on Saturday.

India are yet to be defeated in a match in the tournament so far. The men-in-blue have outplayed South Africa, Australia and Pakistan.

India, meanwhile, are suffering from injuries. After Shikhar Dhawan, fast bowler Bhuvneshwar Kumar is also set to miss the match.

All eyes are now on Rishabh Pant whether he makes his debut World Cup on Saturday.

On the other hand, Afghanistan are yet to register a victory in the match. They have played five matches without earning any point.