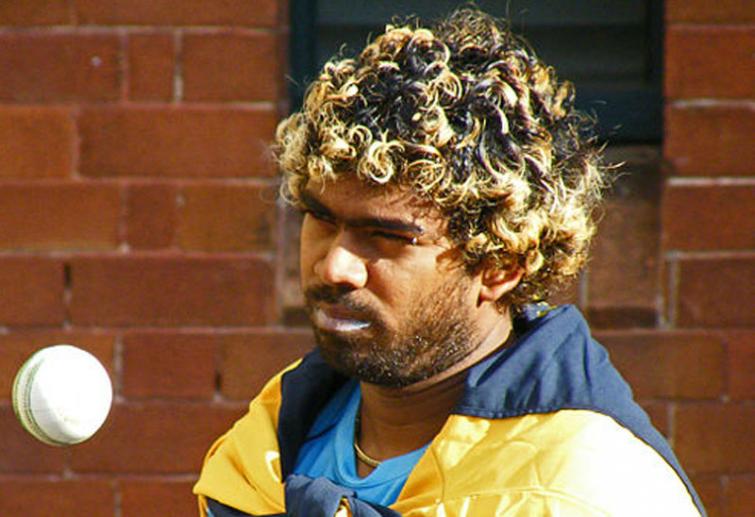 London, May 28 (UNI) After Sri Lanka's defeat to Australia in their final ICC Men's Cricket World Cup 2019 warm-up game, an unusual pair hung back to practise a few deliveries.

Lasith Malinga, the Sri Lanka veteran pacer, was seen sharing tips with Australia all-rounder Marcus Stoinis about how to send down a slower ball.

The slow ball is a variation that Malinga sees as his wicket-taking option. It was
also something he unleashed while bowling the last over of the Indian Premier
League 2019 final, pulling off a remarkable one-run victory for Mumbai Indians after backing himself to bowl the slower ball as his final delivery against Chennai Super Kings.

"Variations is very important in the short-format game. During IPL also he (Stoinis) had wanted to know how I bowl it," Malinga explained.

"I wanted to give him tips – that's how cricket moves forward. Whoever wants to
know, I will help them. I'll share tricks on how to bowl slow balls, which situation you will use it, why you want to use the slow one," he said.

At 35, Malinga might have lost some of his pace, but his variations have ensured he remains one of the canniest bowlers at the death.

According to him, it comes from putting in the extra work after training, sending down at least "12 to 18 balls" by using variations, and challenging yourself to concentrate, be accurate and train skills even when you are tired after a session.

It's how he's developed the skill, and combined with his knack to read the game, his
confidence in his abilities as a death bowler is high. "Skill comes first, then you have to analyse the game. That's two things a bowler needs to do well," he said.

Identifying Jasprit Bumrah and Kagiso Rabada as two young players he considers the best at bowling in the death, Malinga also highlighted the value of a strong and varied bowling attack."Cricket is a batsman's game," he agreed, "but bowlers can change the game."